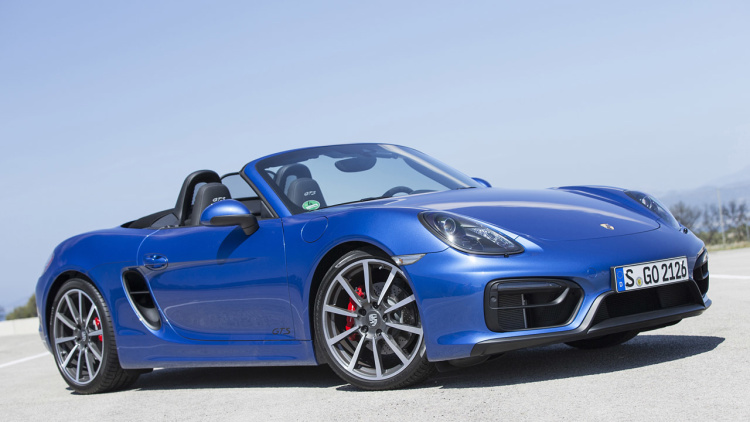 Car magazine has information on the revised 981.2-series Porsche Boxster and Cayman twins that will inaugurate the all-turbo era for those two ranges. Almost all-turbo, that is – we’re told that variants like the Cayman GT4 will continue with the flat-six. The rest, though, will come with a 2.0-liter, horizontally opposed, four-cylinder aided by just one turbocharger, according to Car’s sources.

Entry-level models will start at 240 horsepower, the S models graduate to 300 hp, the GTS trims get 370 hp. If accurate, the new new outputs will make for a wider power range than at present, and the base and S cars will go down in horsepower. Right now the Boxster gets 265 hp, the Boxster S gets 315 hp, and the Cayman lineup has ten more horsepower than the Boxster across the range but Car doesn’t mention that continuing. The only gains come with the GTS models: the Boxster S will go up by 40 hp, the Cayman by 30 hp. To keep turbo lag from being an issue, Porsche could install some sort of e-boost to work while the turbo spools up “as a short-to-mid-term option.”

It is also possible that the Cayman will be sold as the entry-level vehicle in some markets at a lower price than the Boxster. The swap is planned to help Cayman sales, which have lagged the Boxster since launch. A 2016 unveil is predicted, perhaps at the Detroit Auto Show or Geneva Motor Show.

Next post Ireland Aims To Build An Electric Car