Ford Accidentally Set A Lap Record With The GT At VIR 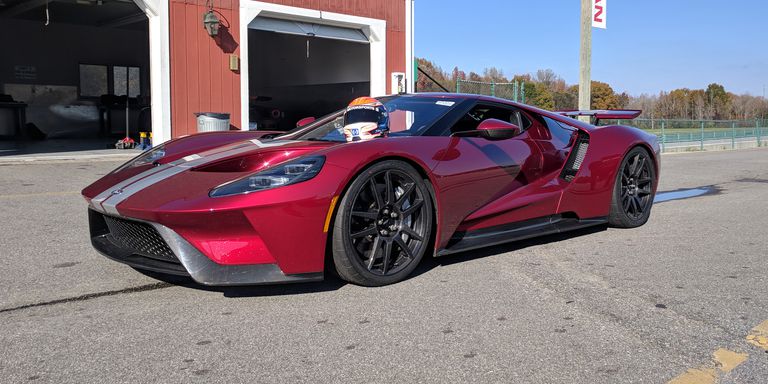 A few months ago, Ford lent out one of its pre-production GTs for track testing, but it unfortunately suffered some mechanical issues. To figure out what was wrong, Ford sent that car, a different pre-pro GT, and racer/development driver Billy Johnson to Virginia International Raceway (VIR) for some testing. Oh and while they were there, Johnson set a lap record.

“It was a last minute deal,” Johnson told Road & Track. “I think I had a two-day notice before I was on a plane to go up [to VIR]. It was to validate an issue with another car…We just happened to turn a fast time when we were testing something else.”

Johnson notes that the GT he drove at VIR wasn’t even the ideal spec for setting a record—it wasn’t a Competition Series car, which comes with an A/C delete, among other weight-saving features. The record-setting GT also lacked the optional titanium exhaust, which also saves a few pounds.

Only three people from Ford, including Johnson, were on hand at VIR when the record was set. Ideally, a lap-record attempt would happen after a race weekend when there’s more rubber on the track (and thus, more grip), and you’d have a whole support crew too.

But don’t think Ford had the deck stacked against it. Johnson, for his part, races the GT in the World Endurance Championship (WEC), and played a role in developing both the road and race versions of the car. He’s more than a little familiar with the GT.

And don’t forget, the Ford GT is more like a race car than anything else you can register. When you put the GT in its Track mode, the car lowers by 50mm and its suspension is put in its stiffest setting. This makes it a monster on road courses like VIR, according to Ford Performance boss Jamal Hameedi.

“The tracks that kind of play to the strengths of the car are faster tracks with higher-speed corners,” Hameedi told Road & Track. “Those really bring out the advanced chassis and aero of the car.”

But don’t expect the GT to follow in the Viper ACR’s footsteps and set more lap-records just for the sake of it. “We’ve got new cars to work on,” Hameedi said

Previous post Take A Peek At Rimac’s Next Electric Hypercar