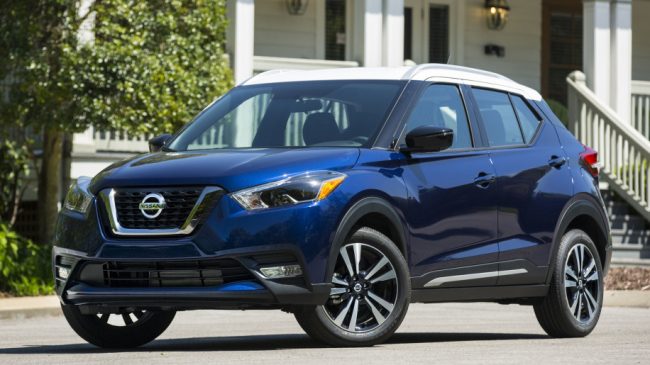 We’re a bit split in the office about the introduction of the 2018 Nissan Kicks compact crossover and its replacement of the quirky Juke, but one thing we’re in agreement about is that the price is a definite improvement. The base model 2018 Nissan Kicks S starts at $18,965, which is more than $2,000 less than the base model Juke in its final 2017 model year.

In addition to the lower price, the Kicks offers a few other advantages over its predecessor. Its estimated 33 mpg combined fuel economy rating is 4 mpg better than the most efficient front-drive Juke. It also has nearly 15 more cubic feet of cargo space behind the rear seats with a total of 25.3. But on the flip side, the Kicks has much less power and torque at 125 horsepower and 115 pound-feet, and there isn’t an optional all-wheel-drive system or a manual transmission.

All Kicks models come with standard automatic emergency braking, automatic headlights and a rear-view camera. Inside there’s a standard 7-inch touchscreen with available Apple CarPlay and Android Auto. SV and SR trim levels get standard blind-spot and rear cross-traffic warning. The SR can also be had with a Premium Package that adds heated front seats, a Bose sound system, and leather-wrapped steering wheel and shifter.

Nissan Kicks crossovers will be hitting dealers very soon, given that the company’s estimated arrival is this spring.