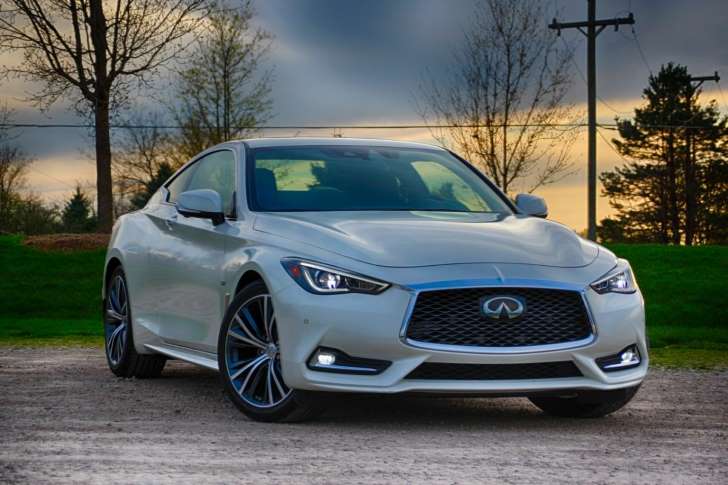 Sadly, in a world where seemingly every customer and every automaker is rushing to SUVs and crossovers, the classic two-door coupe is a fading breed. We’ve had a number of classically beautiful examples introduced in recent years but the reality is none are selling particularly well and most could be on the chopping block in coming model generations. That would be a shame because in a world dull, monochromatic SUVs, we need more cars like the new Infiniti Q60.

Unlike the long-running and highly regarded VQ V6 that has powered countless Nissans and Infinitis for more than 20 years, this is an all-new engine dubbed the VR that debuted in the 2015 Q50 sedan and we will no doubt see much more of it. It’s considerably more compact than the VQ and features variable camshaft timing on both the intake and exhaust as well as integrated exhaust manifold that allow the turbos to be bolted directly to the heads for short runs and better responsiveness.

Aside from the back seat, the Q60 is generally a lovely place to spend time with comfortable and supportive front chairs and well executed materials throughout. The only real gripe I have is with the infotainment system which seems to have been a bit of mashup rather than really well thought out. First off, there’s no Android Auto or Apple CarPlay support so you’ll have to just use bluetooth streaming to listen to stuff from your phone.

One other quibble with the cabin is the seat-belts. Unlike many modern cars, they have no vertical adjustment and since this is an actual coupe you may to reach back a bit to find it. Because of the lack of height adjustment, my five-foot-six wife could not get a comfortable position with the shoulder belt when we went out to dinner.

As long as you don’t expect the Q60 to be a more luxurious 370Z, it’s a lovely place to spend time while getting one place to another. It’s beautiful outside and mostly comfy inside. The rear-wheel-drive four cylinder Q60 starts at $39,000 while the AWD Red Sport 400 starts at $53,000. Mid-way up the trim walk, the V6 Premium AWD starts at $46,300 and my test example went for $57,755 including delivery. Infiniti has delivered an alternative to the Lexus RC, Mercedes-Benz C coupe, BMW 4 series and Audi A5/S5 that makes the coupe segment that much more interesting for at least as long as it lasts.