Ford Kuga: Is This The Sporty Compact SUV You’ve Been Waiting For? 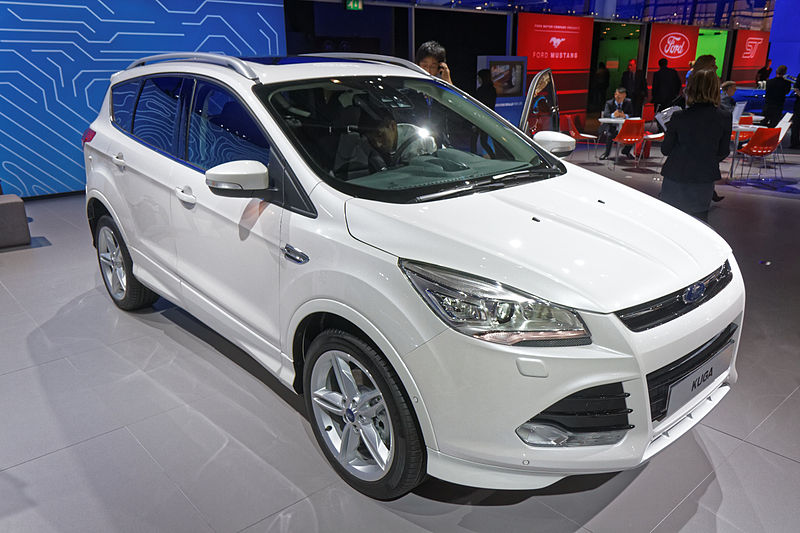 There’s no denying that SUVs or sport utility vehicles are popular in 2016. They boast an impressive amount of cabin space, and they feature a variety of engine options. Plus, they are awash with technology! The thing is, some people find that SUVs are too big for their needs.

In recent years, the industry decided to create a new market segment to cater for such motorists. Today, one can now buy a “compact” SUV. They are still SUVs in the traditional sense. The only difference is they are much smaller and more agile!

One of the hottest compact SUVs to hit the market is none other than the Ford Kuga. When people first heard of the model, they thought it was a new coupe with a similar name (the Ford Cougar). Of course, it was only when they saw the car that they realised it looked nothing like a coupe!

What they saw was a car that they could picture themselves owning and driving. If you’re in the market for a compact SUV, here’s why you might want this sporty Kuga on your driveway:

It has a premium feel to it

Ford have really upped their game in recent years. Yes, they want to keep building affordable cars. But, they also want to improve people’s perception of their models. The latest generation Ford Kuga feels solid and uses high-quality parts.

In fact, it’s safe to say that it feels better made than the Volkswagen Tiguan! The car also has a variety of premium features as standard – more on those in a moment!

Despite the superior build quality and the use of premium components, the Kuga’s affordable. It’s well within most people’s budgets. The latest generation has been in production since 2012, so you can pick up used models from Carbase. Even if you opted for a new one, you won’t go broke because of it!

One of the biggest selling points of the latest-generation Ford Kuga is the feature set. Take the entry-level Zetec trim, for example. It boasts Ford’s patented QuickClear heated front windscreen. Perfect for those cold, icy mornings! It also comes with hill start assist and cruise control. You even get air conditioning and keyless start as standard!

The range-topping Titanium X is the pièce de résistance of the lineup. Standard features include dual-zone climate control, DAB digital radio and auto lights and wipers. Other features include bi-Xenon headlights, LED daytime running lamps and a panoramic roof.

A simple selection of petrol and diesel engines

Let’s set the record straight: the Ford Kuga is no BMW X5. Don’t expect to find thirsty V8 engines under the bonnet! When shopping around for a Kuga, you’ve got a simple selection of power plants.

If you wanted a petrol engine, the 1.6 EcoBoost unit delivers a good blend of power and fuel economy. It offers 147 bhp as standard and drivers can enjoy fuel consumption of 42 MPG combined.

The 2.0-litre TDCi diesel offers higher fuel economy at 49 MPG combined. That’s a great selling point to those that want a frugal car.

So, to summarise: the Ford Kuga offers plenty of features in a compact form. Plus, it’s got good power and fuel economy credentials too!

Next post Opening A Car Repair Business? Read This