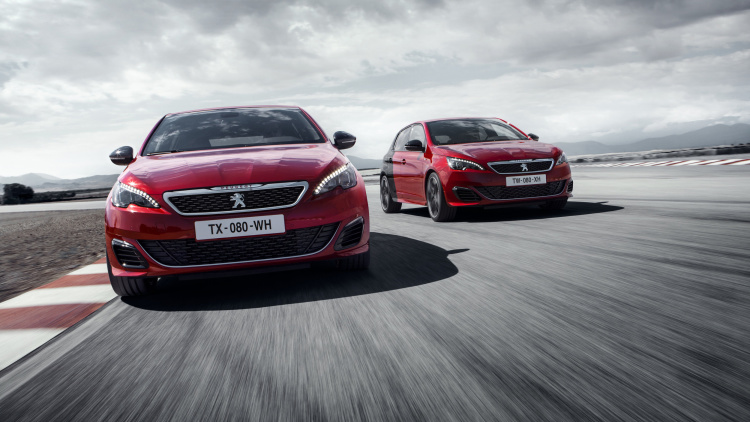 There’s another hot hatch on the block wearing the letters “GTI,” but it’s not a Volkswagen. It’s the latest performance model from Peugeot, based on the 308.

Set to debut at Goodwood later this month, the new 308 GTi is the latest road-going model from the Peugeot Sport competition department. It follows the smaller 208 GTi and the less potent 308 GT in the Lion marque’s growing roster of hot hatches.

Powering the new Golf-sized pocket rocket is a 1.6-liter turbo four, offered in two states of tune, with either 250 or 270 horsepower – the latter packing a Torsen limited slip differential to keep it all on the straight and narrow. It’s an approach similar to that which rival Seat has taken with the Leon Cupra (available with 261 hp or 276). That’s said to be enough to propel PSA’s new performance model to 62 in six seconds flat (or 6.2 in the less potent version). Top speed is electronically limited to 155 miles per hour.

Peugeot has also spruced up the 308’s rather bland styling with a two-tone red and black paint job, split front to back in a style that may not be everyone’s cup of tea, but is fast becoming a Peugeot performance signature. Fortunately for those who aren’t enamored, it’s an option – at least, that is, in markets where Peugeot participates altogether, which (given enticing new products like these) we’re beginning to regret does not include ours.

Next post 5 Car Parts & Accessories Any DIY Craftsmen Can Install