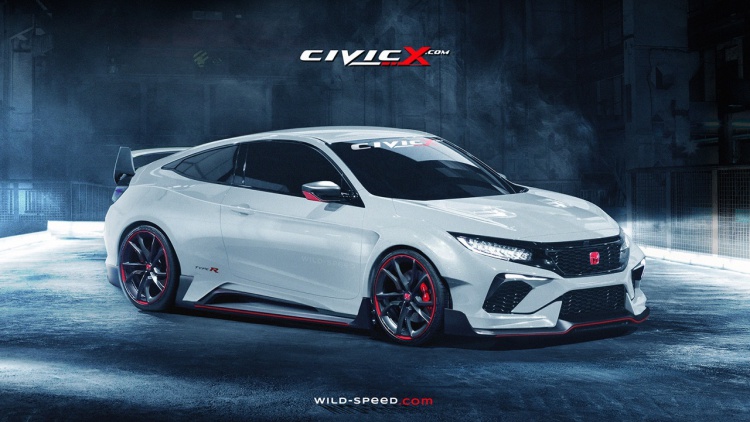 In presenting the Civic coupe concept at the New York Auto Show earlier this month, Honda confirmed that the Type R will eventually be coming to North America. Honda just didn’t say when, and in what form. But given the announcement’s coincidence with the coupe concept’s unveiling, it stands to reason the Type R could look less like the current hatchback and more like the two-door that was unveiled. And if it is, it’d probably look something like this. At least, we hope.

Created by Wild-Speed.com and posted on the enthusiast forums at CivicX.com, these renderings envision what a Type R version of the Civic concept would look like – with two doors and all the go-fast bits. It may not be bright green anymore, but it sure looks mean – from the aggressive aero kit to the performance rolling stock. It’s even got quad exhaust tips like the Euro-market hot hatch, but mounted in the center like the concept’s.

So what do you think, is this the version Honda should be sending to its American dealers? Sound off in the Comments.