Electric Aston Martin Rapide Could Be On The Way 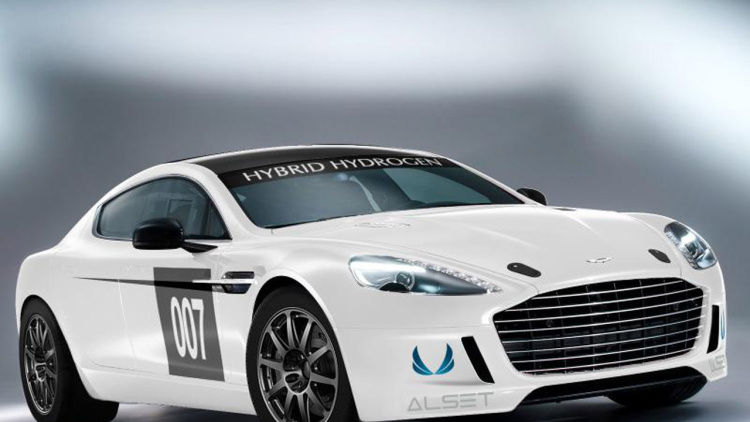 Aston Martin is looking into building an electric version of the Rapide to launch in the next two or three years. Andy Palmer, the company’s new chief executive, said so to the Wall Street Journal at the New York Auto Show this week. A spokesman confirmed the plans to Autoblog.

The project would bring in an as-yet undisclosed partner that could come from Silicon Valley, and while we don’t know at this point just which company that would be, Palmer said it’s not Tesla. Having formerly held senior positions at the Renault Nissan Alliance, Palmer has a wealth of experience with EVs that he brings with him to the British automaker that was recently infused with cash.

This wouldn’t be the first time that Aston would be experimenting with the prospect of electric propulsion. It showcased the DBX electric crossover coupe concept at the Geneva Motor Show, and even fielded a hybrid hydrogen-powered version of the Rapide in a 24-hour endurance race at the Nürburgring a couple of years ago.

The Rapide is Aston’s four-door model, based closely on the DB9. It was launched in 2010 after a concept version from 2006. After initially being produced under contract by Magna Steyr in Austria, Aston moved assembly back home in 2012. A revised Rapide S ensued the following year, upping output from its 6.0-liter V12 engine from 470 horsepower to 550 and swapping the six-speed automatic for an eight-speed.

According to the WSJ, Palmer also confirmed a new crossover and large luxury sedan in the pipeline, the latter to compete with Rolls-Royce and both of which we expect will wear the Lagonda badge revived by the new Taraf launched in Dubai.