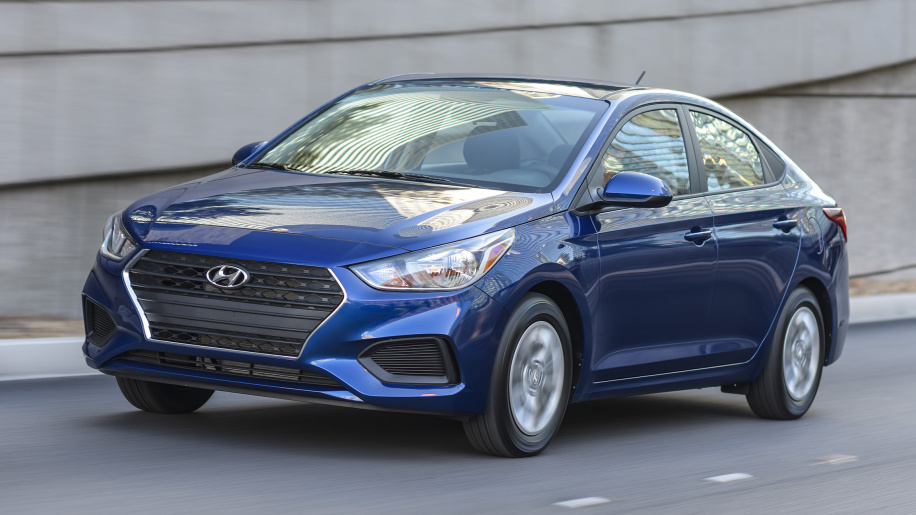 We test a lot of fancy, complicated cars here at Autoblog. Most of the cars that come in are high-trim with as many options as possible. That’s why it was rather refreshing when Hyundai sent us its new Accent in the most basic possible form, the Accent SE. It’s the bottom of the Accent line starting at $15,880.

Being the SE trim level, our Accent was quite unadorned. It had steel wheels with plastic wheel covers, no fog lights, nothing extraneous. Despite that, it wasn’t a bad-looking little thing, sporting slightly shrunken Elantra looks that aren’t too far out of proportion. Appealing to this editor was the manual transmission, which is only available on this bare-bones trim.

The interior feels about as basic and cheap as the exterior, and is easily one of the weakest points of the little car. The dash and door panels look as though they were molded as one unit from the same hard black plastic.

Where the Accent falls short in visual impressions, it makes up for them on the drive. Most impressive is the car’s ride quality. We’re at the peak of southeastern Michigan pothole season, and the Accent handled it with aplomb. It cruised right over bumps without jarring, shuddering or vibrating.

Pricing is one final advantage for the Accent. Its tested price of just under $16,000, including destination charge, is cheaper than a similarly equipped Ford Fiesta, Chevy Sonic, Honda Fit, Toyota Yaris iA or Nissan Versa Note. The same goes for automatic-equipped versions of those other cars, but the Hyundai slips over the $16,000 mark there. The Mitsubishi Mirage and Nissan Versa sedan can claim better pricing, but they’re also much worse cars. But if you want a manual transmission and more features, the competition pulls ahead since many don’t tie the stick to the lowest-level car. Hatchback fans will also have to look elsewhere, since the Accent has lost its hatch option.

All in all, though, the Accent presents a solid package that will do everything you need it to do while delivering a pleasant, sometimes fun, driving experience without costing much money.

Next post Take A Peek At Rimac’s Next Electric Hypercar