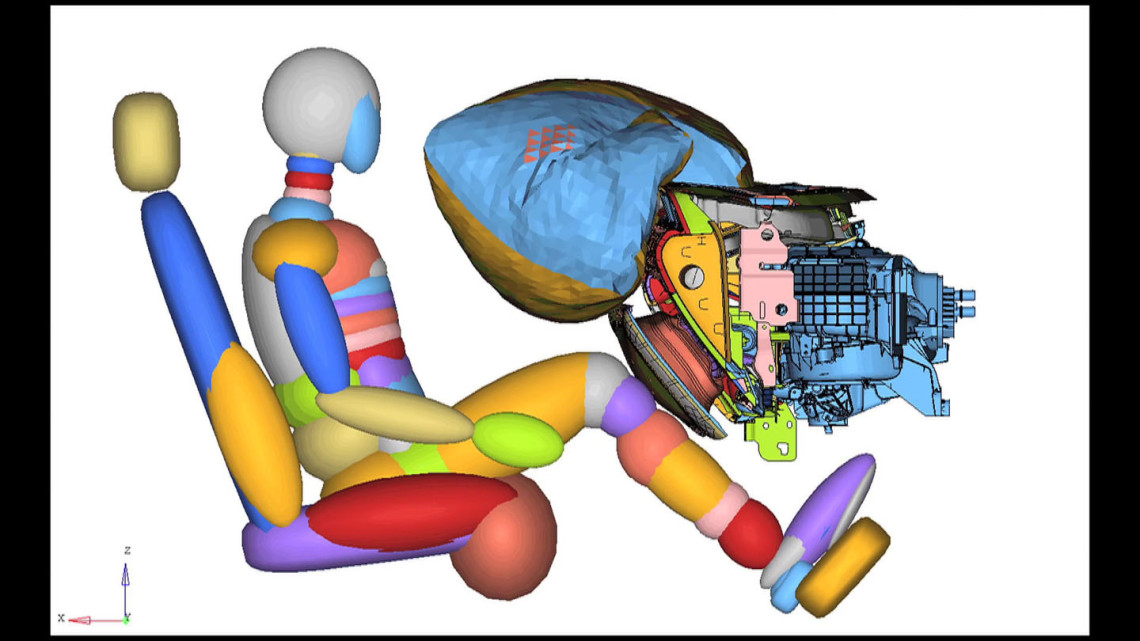 A new airbag design debuting on the 2015 Ford Mustang raises the bar for passenger safety by providing inflatable restraint protection in a smaller, lighter package that also enables a roomier interior for more comfort.

The new airbag will be introduced later this year as part of a standard comprehensive safety system that includes a more robust package of sensors, safety belt anchor pretensioners, improved exterior lighting and double the total number of airbags on the all-new Mustang.

In the initial application of this technology, an inflatable plastic bladder is integrated into the glove box door and provides front passenger knee protection similar to a conventional knee airbag mounted under the instrument panel. Other applications for this unique and patented technology – which allows airbags to be placed in new locations inside the vehicle and provides more freedom to vehicle designers – are being considered.

“We provide a high level of safety, quality and design for our customers and their passengers,” said Sean West, Ford restraints manager. “With this innovative airbag design, we have developed technology that provides protection for vehicle occupants while also reducing weight and enabling greater design flexibility.”

To make the new knee airbag possible, Ford engineers developed and tested innovative materials and construction techniques. Unlike a traditional fabric airbag, the new system consists of a pliable, injection-molded plastic bladder sandwiched between the inner and outer glove box door panels. After an applicable vehicle impact is detected by the crash sensor system and classified, an inflator fills the bladder, extending the entire glove box outer door panel toward the front passenger’s legs. Once deployed, the outer door helps to provide cushioning in a manner similar to a traditional knee airbag.

Since the glove box-integrated airbag extends straight out from the instrument panel, it doesn’t have to travel as far as a conventional airbag, which deploys toward the floor before curving upward. Since the glovebox door distributes the impact load over a larger area than a traditional airbag, it is able to operate at a lower inflation pressure.

The resulting design is 65 percent lighter with an inflator that is approximately 75 percent smaller than a conventional knee airbag inflator, while providing comparable protection to the passenger. The improved packaging of the system is more discreet, with no visible seams or airbag cover. This has given designers more flexibility to move the dashboard closer to the windshield, enhancing the feeling of roominess in the cabin.

The active glove box knee airbag is among a number of technology features on the all-new Mustang, including: