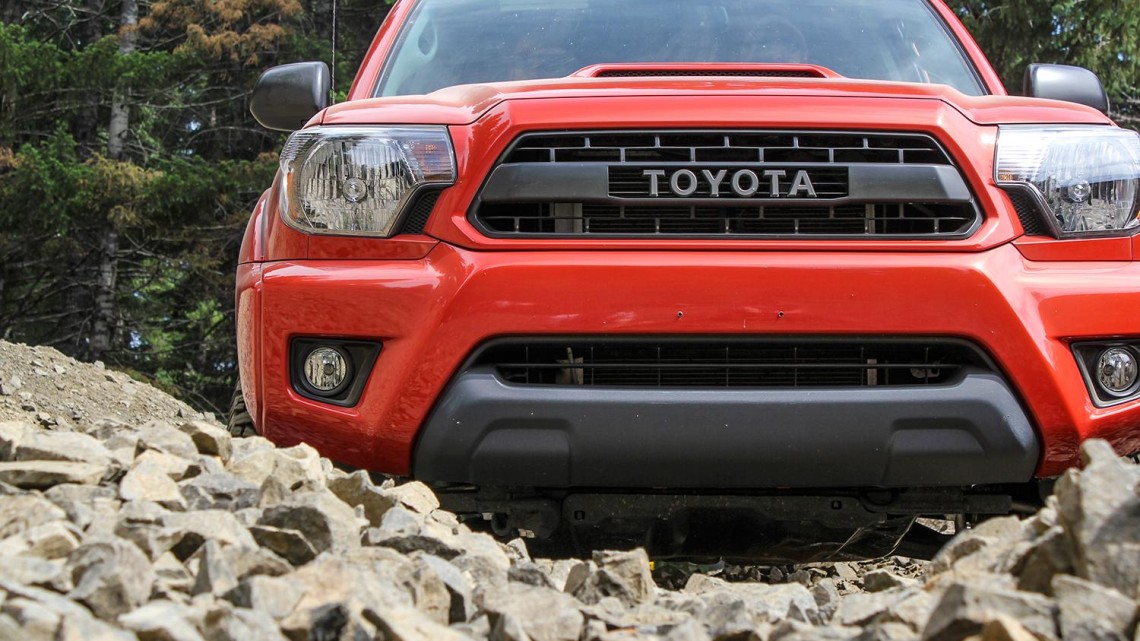 Let’s Get Dirty! The highly anticipated launch of the all-new TRD Pro Series from Toyota is coming soon.  Serious off-roaders, professional or amateur, young and old, will soon be able to drive over rough terrain with the most adrenaline-inducing lineup of off-road vehicles Toyota has ever unleashed.

Building on the best-selling compact pickup in the industry, Tacoma TRD Pro beefs up its off-road spirit with:

Adding to its off-road capability, 4Runner TRD PRO will be exclusively equipped with:

The manufacturer’s suggested retail price (MSRP) for the Tacoma TRD Pro will range from $35,525 for the Access Cab with a 4.0-liter V6 and 6-speed manual transmission to $37,415 for the Double Cab V6 with a 5-speed automatic transmission.

The MSRP for the Tacoma TRD Pro and 4Runner TRD Pro does not include the delivery, processing, and handling (DPH) fee of $885.  The DPH fee for vehicles distributed by Southeast Toyota (SET) and Gulf States Toyota (GST) may vary.