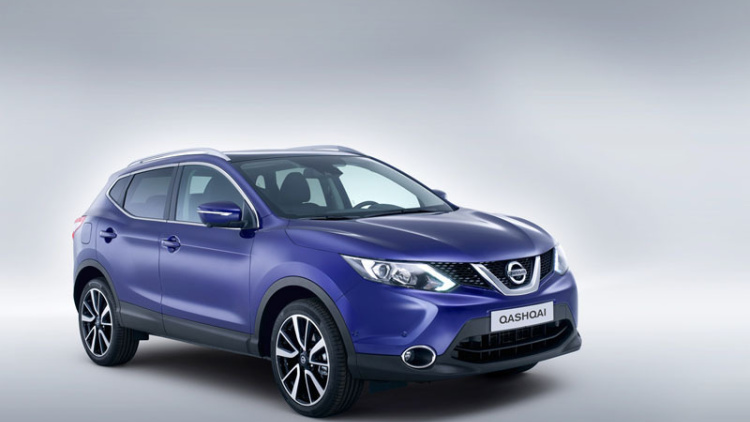 Nissan will be expanding its crossover range here in the United States, introducing the popular European-market Qashqai, alongside a hybridized version of the Rogue. Nissan’s Kyushu, Japan factory, meanwhile, will churn out 100,000 gas-powered Rogues to capitalize on hot demand here in the United States. The Kyushu move, at least, seems like a smart one, considering just how hot the compact Rogue is.

“We haven’t hit the ceiling [on Rogue] yet. We have more opportunity there if we can get our dealers more,” Fred Diaz, Nissan’s senior VP of sales and marketing, told Automotive News. Amping up production in Kyushu will finally mean the end of the first-generation Rogue, though, now known as the Rogue Select. Somehow, we doubt many tears will be shed.

AN cites “two sources familiar with Nissan’s future product” in its report on the Qashqai and Rogue Hybrid, although both moves are a bit strange at first glance. Both vehicles play in the same part of the market, and are both based on the Renault-Nissan Common Module Family platform. As for the Rogue Hybrid, well, we know what happened the last time Nissan tried to add an electric motor and battery pack to one of its crossovers. Plus, we’ve heard this rumor before.

Nissan, though, seems to think both moves make a lot of sense. While the Qashqai and Rogue are closely related, the Euro-market model is smaller – 10 inches shorter and two inches narrower – making it less versatile, and it wears more handsome sheetmetal. Expect Nissan to field it as such, aiming at buyers that want a CUV for the lifestyle, rather than the versatility, Automotive News reports.

There’s a lot less information on the Rogue Hybrid, aside from AN reporting that it will hit the market next year. As for potential powertrains, mum’s the word. The gas-powered Rogue uses a 2.5-liter four-cylinder, which is the same size as the gas-engine found in the dead-but-still-warm Pathfinder Hybrid. While we doubt it’s as simple as a drag and drop, it seems like Nissan’s most recent hybrid powertrain is the obvious choice for the upcoming Rogue.

What do you think? Will the Qashqai be as big of a hit in the US as it is in Europe and Australia? Is a Rogue Hybrid such a smart move considering the tremendous failure of the Pathfinder Hybrid? Speak up in Comments.