New or Used? An Awesome Guide to Choosing a Car for a New Driver 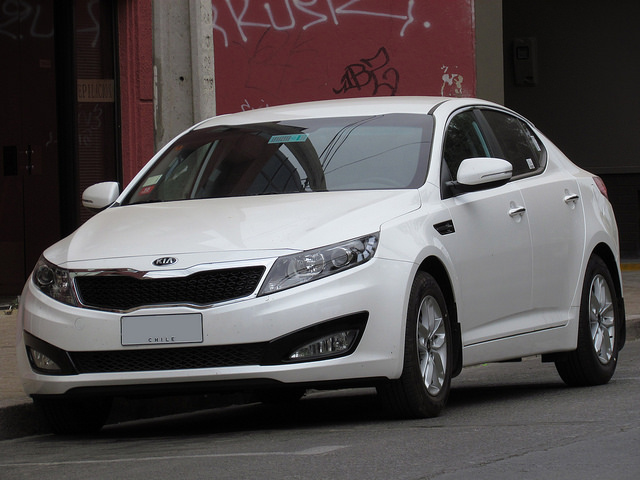 Learning to drive changes your life. It gives you more independence, makes you more employable and can even turn you into a motor enthusiast. Many people learn as a teenager, when they might not be the safest drivers, but at least they’re enthusiastic. And it means that their parents no longer have to ferry them around. In fact, they can start running errands for their parents instead. Others learn at a later age, when they’re more sensible, but it could be a bit harder for them to pick it up. One thing’s for sure though, once you’ve passed your test, you’re going to need a car.

Although most teenagers would no doubt like something fast and sporty, you can’t trust them with something that powerful. New drivers need sensible cars that are easy to handle and will keep them safe. They should also be good value, easy to insure and be economic (no one wants to spend all their money on gas). In fact, for young, first-time drivers, they should preferably be used. Take a look at the cars recommended for first-time drivers below, both new and used.

Let’s face it, Mom and Dad might be worrying about the safety of the car, but teenagers are more interested in the cool things it can do. The new Kia Optima gives you the best of both worlds. It includes Bluetooth and USB for all your necessary connections to phones and MP3 players. It also has a cooling glove box, perfect for stocking up on drinks and snacks before getting on the road. But it also has optional blind-spot detection, which adds in a rear camera. These options come in the technology package that also has navigation.

The Ford Taurus isn’t the prettiest looking car, but it is reliable. It comes at an affordable price and saves the driver more money by getting 20 miles to the gallon, or even more if they’re combining city and highway driving. What’s more, it’s safe. Are you a parent worrying about your rebellious teenage getting themselves in trouble? You will be happy to know that the Insurance Institute for Highway Safety gave this car a Top Safety Pick award. It’s a roomy vehicle too, so there’s plenty of room for friends or your garage band’s gear, but its size doesn’t stop it being fairly fast.

If it’s a combination of tech and safety you’re looking for, the Chevrolet Spark is another car that delivers. This compact vehicle includes ten airbags as standard, including knee airbags for the front and side airbags for the rear. And for those who want an intuitive technology system in their car, Chevrolet’s first mini vehicle comes with MyLink connectivity system on LT models and above. It includes USB and Bluetooth connectivity for both calls and music. And if you have an iPhone, you can use Siri Eyes Free Mode to compose and listen to texts, choose songs from iTunes and make calls using voice command.

The Honda Accord has a great reputation for reliability. Although it’s a mid-size car, its interior is big enough for the Environmental Protection Agency to class it as large. The four-cylinder engine models provide great fuel economy too. The only problem is, it can be difficult to find the used, and at a good price because people love them so much that they keep them for a long time.

This larger car is great if you want to have your teenager ferry the rest of the family around, or if you want a family car that your new driver can handle. The Nissan Rogue seats up to seven people in its comfortable and spacious interior. Best of all, its annual fuel costs only amount to $1,800 a year. For anyone who has trouble with parking, which includes many first-time drivers, get Nissan’s Around View Monitor, which gives a bird’s-eye view of the car. If your new driver hasn’t got round to parking yet, take a look at the Book Theory Test Today website to get them started on their journey.

The Ford Focus is fairly popular with new drivers, as it’s good value for money and reliable to boot. The Coupe model has the bonus of having a sportier look than the sedan, which teenagers will appreciate. Some may also come with technology features like Bluetooth, heated seats with memory and Ford’s hands-free multimedia system. While it isn’t the most amazing car when it comes to performance, parents will be happy with its affordable price.

The CX-5 is loaded with tech for drivers who care more about connectivity than fuel economy. The Touring model has Bluetooth, Pandora internet radio, a rearview camera and a blind-spot monitor. It will also read texts, and you can reply with preset messages. But aside from the added tech features, it does also have great fuel economy, with a highway mileage of 35 miles to the gallon. This car looks like an SUV but drives like a sports sedan, so it’s easy to manoeuvre.

There may not be anything particularly exciting about the look or feel of the Toyota Corolla, but when it comes to reliability, it’s at the top of its game. It’s safe, comfortable and has good fuel economy. So anyone looking for a simple, secure car is likely to be attracted to this model. First cars don’t need to be flashy, especially when they’re used. Remember that you aren’t stuck with it for life.

Next post Why Should You Purchase a Toyota Automobile?