Take A Peek At Rimac’s Next Electric Hypercar 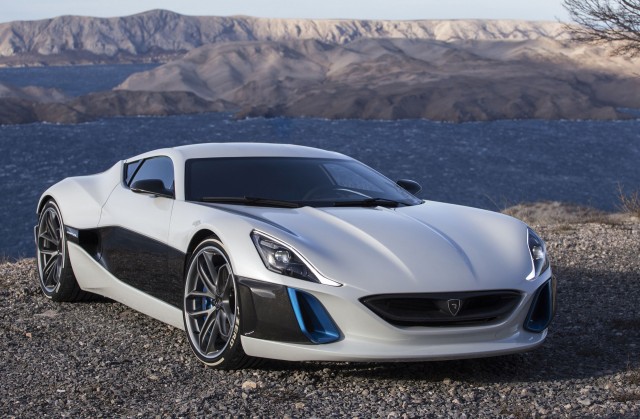 Rimac enters 2018 with the introduction of a new logo and corporate identity, but more importantly, the announcement of a brand-new car. And unlike Richard Hammond’s favorite, the Concept_One, Rimac’s second model won’t be an ultra-limited halo car. Instead, we’re looking at a batch of roughly 200 hypercars offering higher performance and more comfort at a lower price that what we’ve seen so far from the Croatian company.

We’ll learn more about the new kid as we progress towards its Geneva Motor Show debut in March, but we already know its added performance will come courtesy of a more advanced torque-vectoring system. Additionally, Rimac told Road & Track last year that its 200-car production run consists of 150 standard versions and 50 special-edition models.

While this new car lets Rimac compete with upcoming performance EVs from Aston Martin, Porsche, Jaguar and perhaps Tesla, the Croatian company is also aiming to become a major player in the OEM supplier field, beating the establishment with its Koenigsegg-approved EV expertise.