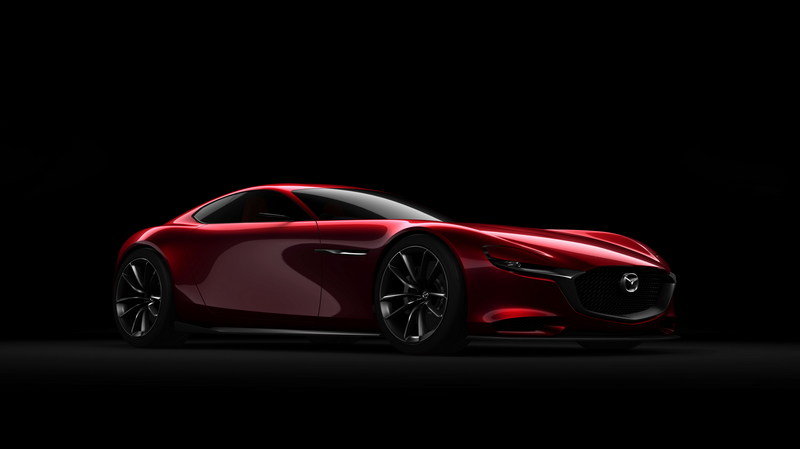 The World Final of the FIA World Tour in Gran Turismo Sport just went down in Monaco, and Mazda was there with a couple of big announcements. The first is that the Hiroshima-based automaker will become an official video game partner next year, 2020 also happening to be Mazda’s centenary year. The second reveal was a sketch of the Mazda RX-Vision GT3 Concept, a GT3-class racer based on the RX-Vision Concept shown at the 2015 Tokyo Motor Show. Game creator Kazunori Yamauchi and Mazda’s North American design chief Julien Mountousse wouldn’t get into details, such as how close the final car would look to the drawing or whether there’d be a rotary engine under the hood. Yamauchi would only say Polyphony Digital is modeling the car right now, and Montousse added that designers wanted the Vision GT3 to be a car players really wanted to drive.

As much of a looker as the race car is, it’s clear some changes will be in order; the front fenders, roof, and rear wing are nearly on the same plane. The brunt of aero accessorizing happens down low, a massive front splitter leading to extended side sills with vertical planes, and what must be a massive rear diffuser with an even larger set of vertical planes. It’s hard to tell by the drawing, but it looks like the rear wing supports angle out from the body to merge with the end plates.

When the RX-Vision GT3 shows up to contest the 2020 FIA-certified championships in GT Sport, it will join the Atenza Gr.3 as Mazda’s only GT3-class car in the game — the Atenza effectively a near copy of the Speed Source Mazda6 that raced in the U.S. Grand-Am series until a couple of season ago, but with four doors instead of two, and a gas engine instead of diesel. Mazda didn’t qualify for the GT Sport Manufacturer’s Cup this year, they’ll be hoping their team can change that next year with the RX-Vision GT3 since, as Montousse said, “That car has all the Mazda spirit in it.”

There will be more coming from Mazda in GT Sport as well. Word is that the official partnership won’t stop at a single new car, and Yamauchi remarked on the partnership, “I think we can keep our expectations high for next year.” Fast forward to 17:50 in the video to see the sketch presented, or roll back a bit to 14:00 to listen to comments from Mazda global head of design Ikuo Maeda.