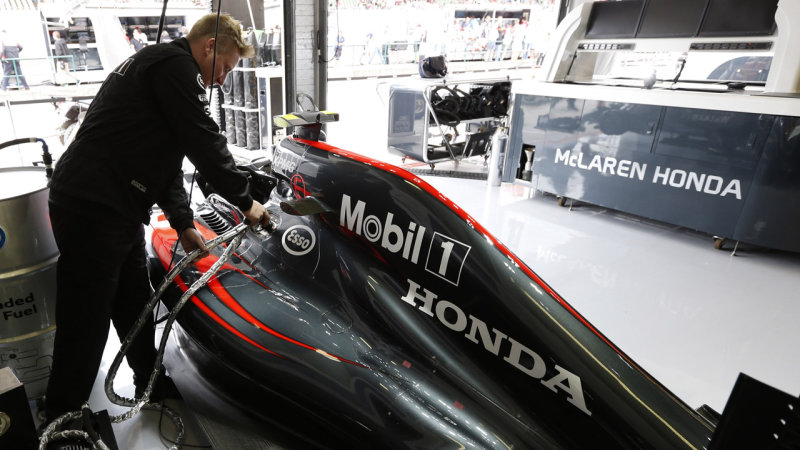 Things haven’t been going smoothly for Honda since returning to Formula One, and the Japanese automaker says the challenge has been greater than it anticipated. But after a stronger showing at the recent Hungarian Grand Prix, Honda says its reliability issues are behind it and is working on introducing a revamped engine for the second half of the season.

“I am confident our reliability problems are now behind us, which means we can turn our attention to increasing power,” Honda racing chief Yasuhisa Arai told Autosport. “After the summer shutdown our plan is to apply a new-spec engine using some of our remaining seven tokens.”

The “tokens” to which Arai refers are a way for the FIA to limit engine development. The power units are broken down into 66 such tokens in the regulations, and each engine supplier can change up to 32 of them throughout the season. The allowance was at first afforded only to returning suppliers Mercedes, Ferrari, and Renault, but Honda succeeded in convincing the FIA to allow it the same leeway. Honda has been spending its development tokens on fixing reliability issues, but will shift its focus to improving performance.

The McLaren team that Honda powers has only gotten both of its cars to the finish line at two out of 10 races this season. Most of those problems came down to the new engine package. That’s compared to only two retirements the team suffered last season, when it was still under Mercedes power, and none the year before. In Hungary, however, the team not only got both cars to the finish line, but placed both in the points for the first time this season.

“The sport has changed immensely since the McLaren-Honda ‘glory days’,” said Arai. “The current technology is much more sophisticated, and it is tough to make a good racing car. We knew it wouldn’t be easy, but perhaps we didn’t imagine it would be this hard.”

The Japanese manufacturer is now spending the summer break developing its power unit. Many of those changes are expected to be rolled out in time for the Belgian Grand Prix later this month, with the rest to follow in the ensuing races. Beyond reliability, engine performance is particularly important for the high-speed races at Spa and Monza, where the subsequent Italian Grand Prix will be held early next month.