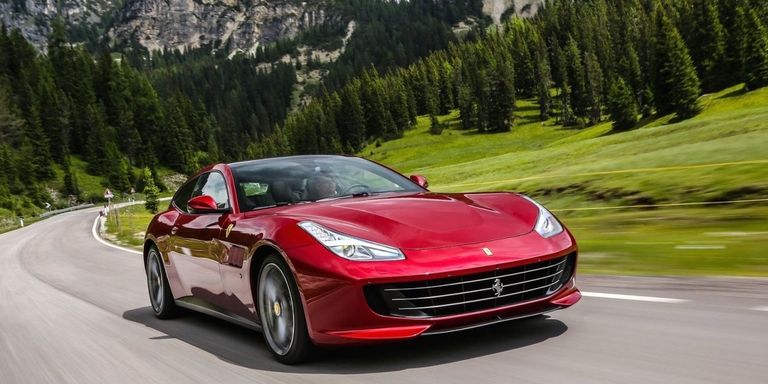 Last month, we heard that Ferrari might be building some sort of “utility vehicle” after years of promising it wouldn’t. Bloomberg reports that the company hasn’t decided whether to build an SUV yet, but if it does, it’s part of a push to boost sales to more than 10,000 units a year. This would put Ferrari in a tricky situation, because if it builds over 10,000 cars a year, it’ll have to meet stricter fuel-economy and emissions regulations.

This push for increased volume is part of a five-year plan set to be unveiled next year by CEO Sergio Marchionne. Bloomberg reports that the plan will include more hybrid cars from the brand. Previously, Marchionne has said that every Ferrari sold from 2019 on will benefit from hybrid assistance in some capacity.

Bloomberg reports that the goal of Marchionne’s five-year plan is to double Ferrari’s profits, which are currently on track to exceed €1 billion ($1.18 billion USD) this year. Marchionne is working to get Ferrari in a position to succeed as an independent automaker before he plans on retiring in 2021.

Ferrari hasn’t signed off on an SUV yet, but it’s reportedly considering both two- and foor-door models. We reported previously that this car would likely ride on the same aluminum architecture as the GTC4Lusso’s successor and receive some sort of hybrid V8 drivetrain. As you’d expect, Ferrari’s SUV would be all-wheel drive, but it’d use the innovative system developed for the FF and used in today’s Lusso.

While customers would line up for a Ferrari SUV, it’s hard to imagine the company couldn’t find 2000 additional buyers for its sports cars and grand tourers. Given that, you can’t help but wonder what Marchionne’s endgame is in going against previous statements and actually building a Ferrari SUV.

Perhaps he wants to keep Ferrari’s sports cars exclusive while boosting sales and increasing profits in other ways. In any case, the next few years at Ferrari are shaping up be very interesting.