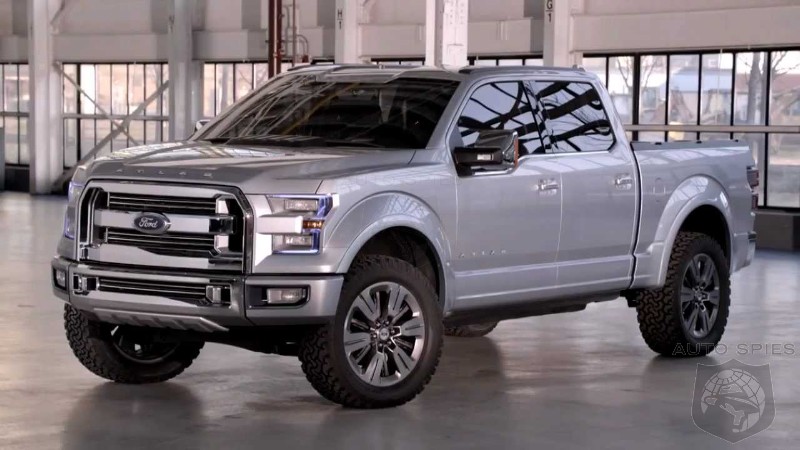 A cloud of skepticism has hung over the 2015 Ford F-150 since even before it went on sale. The issue had nothing to do with the truck’s capabilities but instead over reservations about the switch to aluminum body panels.

The change helped shed about 700 pounds off the scales, but the lighter metal also came with the potential for higher repair costs. Edmunds even recently whacked its pickup with a hammer just to find out how much it would cost. However, this might not be a problem, because the latest calculations indicate resale value for the new F-150 is on the rise.

The residual experts at ALG estimate that the 2015 F-150 is going to hold 58 percent of its value over the next three years, versus 52 percent for the 2014 model, according to Bloomberg. That figure also gives the Ford the highest forecasted resale value among American fullsize pickups. The 2015 Toyota Tundra leads the segment by holding 63 percent. Meanwhile, the 2015 Chevrolet Silverado and GMC Sierra both come in with 51 percent, and the Ram 1500 holds 46 percent. Finally, the 2015 Nissan Titan comes in at 42 percent.

The researchers believe that the improvement in fuel economy for the 2015 F-150 at up to 26 miles per gallon highway offsets higher body repair costs. “We are giving credit for the aluminum construction in the fuel efficiency we’re seeing,” Eric Lyman, ALG vice president of industry insights, said to Bloomberg. “We are not putting in a negative adjustment for concerns around repair costs or durability associated with aluminum.”

Ford has long-been preparing for the switch to aluminum. The company purposefully designed the body sections to make repairs easier, and it also partially subsidized dealers’ investments for new equipment to do the work.