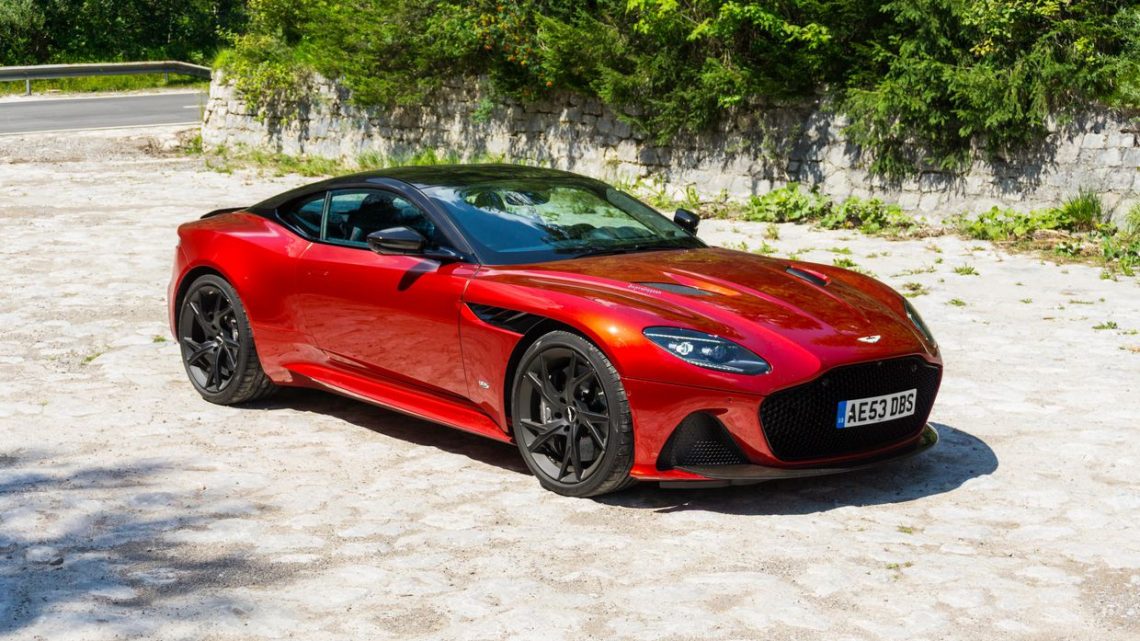 You’ve taken down the evil lair, incapacitated your arch-nemesis after an exhausting chase down the local bobsled track, and rescued the stunning damsel from her distress. Finally, after 133 minutes of run time, you, the hero, have earned her hand in marriage. After a tasteful ceremony in Portugal, the two of you climb aboard your wedding flower-adorned 1969 Aston Martin DBS and drive away as friends and family toss rose petals and see you off into married life.

That was Agent 007’s story toward the end of the sixth James Bond film On Her Majesty’s Secret Service. For the 50th anniversary of the 1969 classic, Aston Martin has collaborated with the Bond films’ production company to create a limited run of DBS Superleggera models inspired by the movie. The limited edition Aston will wear exclusive olive green paint to match the movie car, and six horizontal metal vanes subdivide the DBS Superleggera’s gaping maw, referencing the Bond car’s front end.

The 1969 car’s wire wheels see a major update 50 years later with exclusive 21-inch wheels which push the limits of visual busyness, and only a car with the swagger of a DBS could pull them off. Inside, the cabin is lined with black leather and trimmed with red stitching—a nod to Bond’s crimson-trimmed, rifle-concealing glove box.

Badges reading OHMSS Edition are scattered inside and out to reference the film, though we can’t help but giggle at the acronym. Most middle school chemistry students can tell you Ohm’s Law reads that current equals voltage over resistance. That has very little to do with a 50-year-old Bond movie, but seeing it written all over a $300,000 automobile would certainly make a few physicists smile.

Mechanically, this is the same 715-horsepower DBS Superleggera we know and love. It has none of the gadgetry spec’d to the Godlfinger-inspired Aston DB5 continuation car, only a massively powerful twin-turbocharged V-12 and some of the best-looking bodywork we’ve seen in a long time.