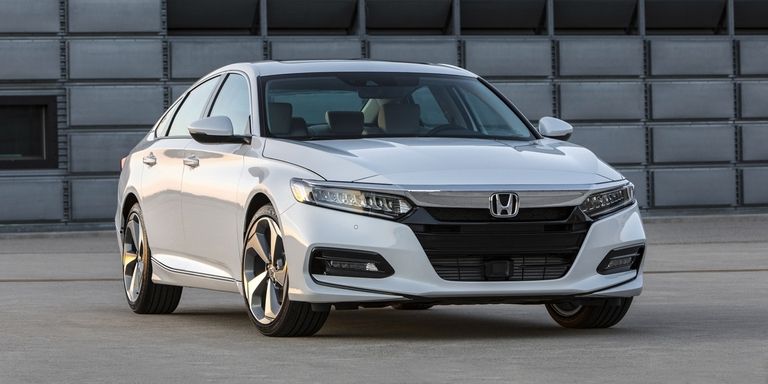 The new Honda Accord is here, and while it has a whole bunch of neat features like a two-mode driving system, a lighter chassis, and an actual volume knob (!), what we’re most excited about are the engines. As we’ve heard in the past, the new Accord will lose its V6 in favor of a version of the Civic Type R engine—and you can get it with a stick. Hell yeah.

In today’s announcement, Honda revealed the new Accord will be available with either a 1.5-liter or a 2.0-liter turbocharged engine, the latter sharing much of its design with the engine found in the Civic Type R. In the Accord, the engine makes 252 horsepower and 273 lb.-ft. of torque—54 horsepower and 22 lb.-ft. less than in the Type R. The 1.5-liter gets a CVT as standard, while the 2.0-liter gets an all-new 10-speed automatic. Both engines are also available with a six-speed manual.

Get used to the design, because you’ll start seeing these everywhere soon, and riding in them once your favorite Lyft or Uber driver gets a hold of them. According to Honda, the car is longer, lower, lighter, and wider than before, featuring a lower seating position and less overhangs than the ninth-generation car. Honda has dropped the coupe for this generation.

Inside, drivers get a seven-inch TFT “driver’s meter,” along Android Auto and Apple CarPlay compatibility as standard. Options include a six-inch head-up display, in-car WiFi, and wireless device charging.

The Accord Hybrid returns for the tenth generation, and still features that sweet Koenigsegg-style no-transmission hybrid setup. It will be produced in Marrysville, Ohio, the same place Honda produces another hybrid, the Acura NSX.

The new Accord will hit dealerships this fall. Now we just need an Accord Type R.