The Ferrari Portofino Is Your New Entry-Level Italian Dream GT 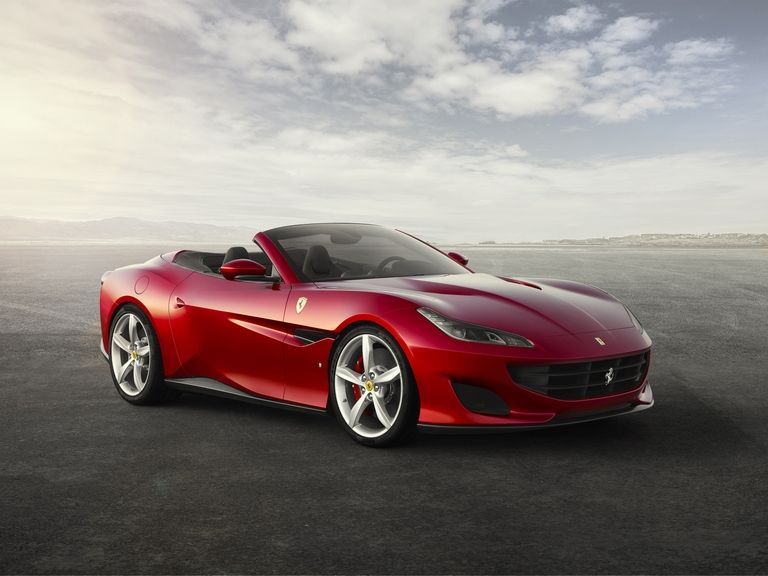 Although the original Ferrari California was a sales success, it was unloved by enthusiasts due to its less performance-oriented image. Ferrari first fixed that by adding a pair of turbochargers to its V8, creating the much-improved California T.

It seems that Maranello only gave the T three years to enjoy the sunshine, however. Meet the California T’s replacement, the Portofino.

The Portofino uses a development of the California T’s 3.9-liter V8, with power rising from 552 hp to 591. Those extra 40 horsepower come courtesy of new pistons and connecting rods, a new intake system design, a new one-piece-cast exhaust header, software tweaks and new variable turbo boost management. Interestingly, torque remains almost the same as in the outgoing model at 560 lb-ft. As before, the Portofino’s engine is hooked up to a seven-speed dual-clutch transmission.

Ferrari also claims the Portofino’s new chassis resulted in “a consequent reduction in weight despite an increase in torsional rigidity,” though the automaker doesn’t specify the new car’s weight. The Portofio retains the California T’s slight rear-weight bias, at 46:54 front to rear.

The 0-60 mph run takes just 3.5 seconds, while top speed climbs very close to 200 mph. The Portofino should handle well too, thanks to Ferrari’s third-generation electronic rear differential integrated with F1-Trac, the traction control system that’s there “to give even less expert drivers the confidence to really make the most of their car’s potential.”

Ferrari also replaced its hydraulic steering with an electric unit, making McLaren one of the last companies to keep its trust in the magic of pressurized fluids. Ferrari says the benefit is a seven percent steering ratio reduction. What’s more, the California T’s magnetorheological damping system (SCM-E) has been uprated with dual-coil technology.

Ferrari describes its new GT’s shape as “an aggressively-styled car with a two-box fastback configuration”, but if we say they just brought it closer to the recently launched 812 Superfast, we’re equally close to the truth.