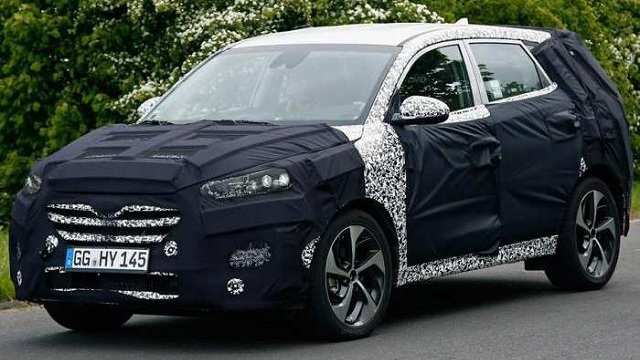 After plenty of rumors, we finally have our first look at the second-generation Mazda CX-9. Development of the crossover look to be very far along based on these of production bodies hidden under form-fitting camouflage. The overall aesthetic, based on what we can see here, is very much in keeping with Mazda’s handsome Kodo design language.

The CX-9 you see here looks pretty much like a Mazda3 scaled up about 279.3 percent, with a five-pointed grille and expressive headlights prefacing a sculpted, swooshy body. In back, there’s an aggressively raked rear window that won’t do any favors for cargo capacity, but makes for a handsome silhouette. And if previous Mazdas are any indication, we’d expect the CX-9 to feature a very handsome, high-quality cabin, although it’s impossible to see in these images.

According to our spy photographers, the new CX-9 will abide by Mazda’s Skyactiv philosophy, which should make for both an entertaining an efficient three-row crossover. A 2.5-liter, turbocharged four-cylinder will be the engine of choice, replacing the antiquated V6 of the current model, and will be available with an all-wheel-drive system. While this engine is slated for the CX-9, enthusiasts should take note that this first Skyactiv turbo will likely form the basis of future Mazdaspeed efforts.

As previously reported, the CX-9 will make its debut this November at the 2015 Los Angeles Auto Show as a 2017 model. Should any info pop up before then, expect to see it here.