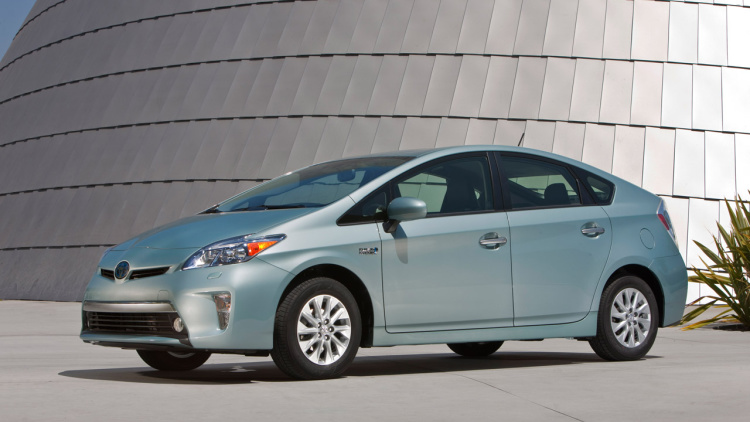 This year, Toyota is selling only about a third as many Prius Plug-in Hybrids as it sold in the US last year. This is a little surprising since the federal government has actually stepped up, allowing any Prius—and other alternative-energy vehicle—owner to take advantage of specific tax benefits on their annual efile. Even though the company isn’t all that keen on battery powered vehicles, there is a new rumor that the Japanese automaker will triple the Prius PHEV’s all-electric range in the upcoming next-generation model. The rumor comes from Green Car Reports, which cited people familiar with the process that it did not identify. Toyota representatives, when reached by AutoblogGreen, declined to comment.

Toyota may boost the second-generation Prius Plug-in’s all-electric range to 35 miles, the rumor says. This next-generation model could debut by the end of the year as a 2016 model-year vehicle, and would certainly provide an improvement over the 11-mile all-electric range of the current incarnation. With such an expanded range, the Prius Plug-in would leapfrog competitors such as the Ford C-Max Energi and Fusion Energi plug-in hybrids as well as the Hyundai and Kia PHEVs when it comes to how far these cars can go on one full electric charge. Among mass-produced US plug-in hybrid models, it would only trail the Chevrolet Volt’s estimated range, and, technically, the Volt’s extended-range plug-in powertrain makes it a slightly different animal than the Prius Plug-in.

Through the first half of this year, Toyota sold 2,890 Prius PHEVs, down from 9,300 during the same period in 2014. That’s one reason the model ceased production last month. That said, a 35-mile all-electric range would sure come in handy to boost sales of the model. For all of last year, Prius Plug-in Hybrid sales were up 9.7 percent to more than 13,200 units.