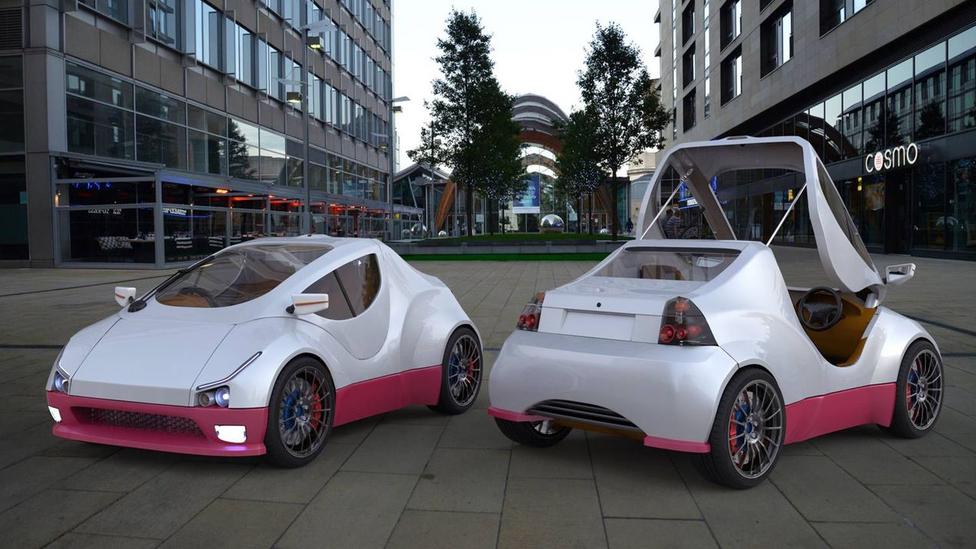 In the late 1950s, a pair of American entrepreneurs set out to manufacture a sporty convertible in Ireland. Called the Shamrock, it placed a super-lightweight body of fibreglass on a chassis powered by a small Austin engine. It resembled the then-new Ford Thunderbird, but was planned to sell at half the price of its American inspiration.

The Shamrock was an engineering disaster, underpowered and inept, and hilariously required dropping the axle to change a rear tire. Eight were completed. Parts for dozens – perhaps hundreds – of others were dumped into Lough Muckno in County Monaghan.

This year, an Irish inventor and designer named Tom Finnegan, working with a company called Swift Composite Prototypes, has announced plans to develop and build a sporty electric vehicle called the Alex eroadster. This Tesla-inspired two-seater will feature a lightweight composite body and a pair of electric motors driving the rear wheels.

But there is reason to believe that the Alex will not be a Shamrock sequel. Finnegan and Swift are working with a host of universities and research centers in Europe, including Denmark’s Ecomove, which will apply its innovative Qstrung composite chassis technology to the eroadster. And unlike the Shamrock, the Alex won’t embarrass itself on the road: Swift promises the car will hum from zero to 62mph in less than 10 seconds and cruise for at least 155 miles between charging.

The pre-prototype design is cartoonishly futuristic, with a tilt-forward canopy for entry and oversized wheels. But it looks fast, and looking fast was enough to make a middling success of Ireland’s other big automotive adventure, the DeLorean DMC-12.