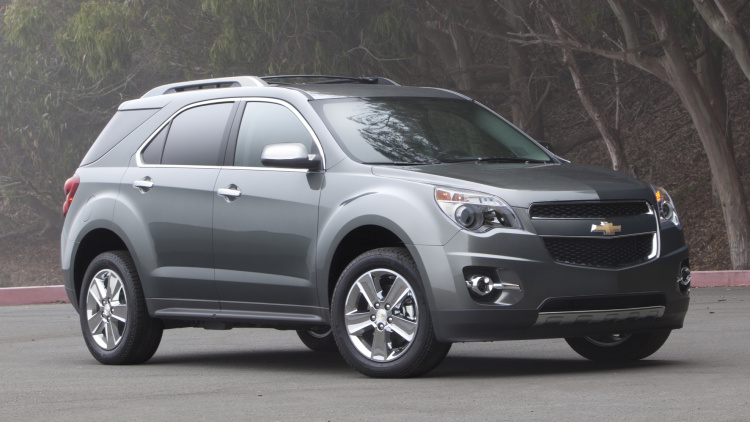 Chevrolet is taking a crowbar to its crossover lineup so it can slide in a new entry between the Equinox (shown) and the Traverse, according to a report in Autoizer News. The current Equinox, a tweener compared to its rivals, will get smaller when the next-generation vehicle moves to the Delta platform that underpins the Chevrolet Cruze. The next Traverse will remain full-size, the liberated space between it and the smaller Equinox making room for a fourth offering from the brand.

Designed on a short-wheelbase version of the Traverse platform, AN‘s sources say it will offer three-row seating, and its architecture will also serve the Cadillac SRX successor, the XT5, and the redesigned GMC Acadia. Yes, the Acadia will also come down a notch in size. Once all the rationalizing is complete, the Trax, Equinox, new crossover, and Traverse would give consumers a quicker, easier way to compare size and features with the competition.

As it stands, the Ford Edge, Nissan Murano, Honda Pilot, and Toyota Highlander are all larger than the Equinox. The future offering and its two- and three-row seating options would take clear aim at those four vehicles, and the Equinox could focus on the Ford Escape, Honda CR-V, Toyota RAV4, and Jeep Cherokee segment. The new Chevy is predicted to go on sale at the end of next year as a 2018 model.

Next post The Hydrogen BMW i8 is Pure Evil