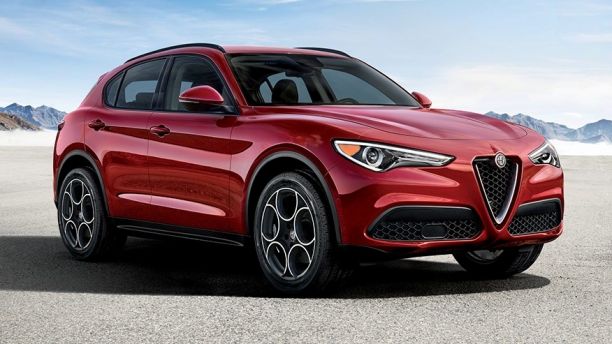 We all have that one restaurant. Mine is a seafood place in Queens, New York. The service is only impatient when it’s not outright hostile.

The tables look like they came from a dozen yard sales. The bathroom door doesn’t lock. You place your order by grabbing a whole raw fish from an ice chest and handing it to the grump at the grill. If you brought a first date here, two-to-one odds they’d ditch you before you even reached the door. It’s not for everyone.

But there’s always a line. Everyone waiting knows that, if you can put up with the idiosyncrasies, the iffy aroma and ghastly decor, you’ll bite into a meal so poignantly delicious, you’ll crumple.

It’s like that with Alfa Romeo. The Italian automaker has released the second new product of its extensive turnaround plan. It’s a midsize crossover, the first utility vehicle in Alfa Romeo’s history, and one that’s aimed directly at the mainstream North American market. But the absolute best version is a prickly thing that most Americans will find entirely off-putting. It’s not for everyone.

The Giulia Quadrifoglio re-introduced America to Alfa Romeo sports sedans in 2016. The Stelvio Quadrifoglio packs the same 2.9-liter twin-turbo V6 as the sedan, and promises the same razor-sharp dynamics.

The Stelvio inherits the Giulia’s dramatically responsive steering rack—just 2.3 turns lock-to-lock—allowing you to bend it into sweepers with hardly any input. Crossover transformation adds 477 lbs over a comparable Giulia; the weight doesn’t necessarily disappear, but it hasn’t done nearly the damage you’d expect from an additional quarter-ton of heft.

The Stelvio Quadrifoglio shaves nearly six seconds off Röhrl’s time in the most aggressive 911 of the 1990s.

Alfa brought along a Porsche Macan Turbo, the closest German rival, to the launch event. Compared to the Alfa, every one of the Porsche’s controls feels like it’s filtered through 50 gallons of pudding. Even in its most aggressive drivetrain and chassis settings, the Macan Turbo was quieter, softer-sprung, and slower to accelerate than the Quadrifoglio. Its paddle shifters hide behind the steering wheel spokes like they’re bashful; you can hurtle down the highway zig-zagging the wheel like a 1950s TV actor without changing the car’s direction.