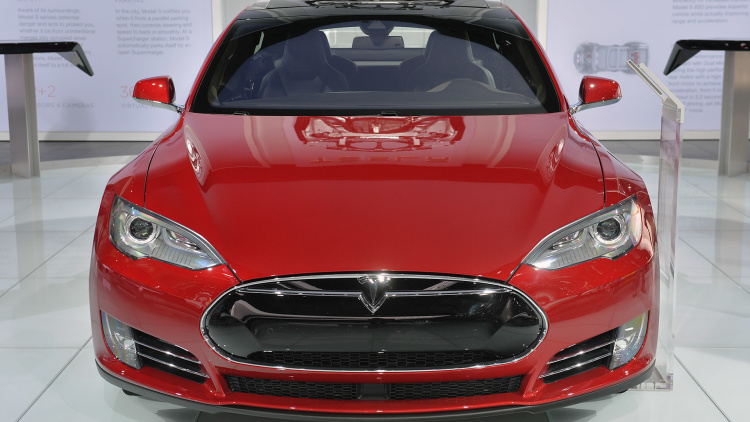 Reviewers from all parts of the automotive world just seem to love the Tesla Model S, whether it’s the pragmatists at Consumer Reports or the enthusiasts at Car and Driver. You can add one more to that list because the 2015 P85D grabs the top spot in AAA’s fifth annual Green Car Guide, after Tesla’s win last year too. The organization’s ranking of 88 green models also names the 2014 Nissan Versa SV as the best value in the segment.

To take the victory, the P85D had to score the most points over 13 categories, including emissions, acceleration and cargo capacity, and it won handily with 94.87 points. There was nearly a tie for second place, though. The 2015 Volkswagen e-Golf SEL Premium scored 85.5 points, and the 2014 BMW i3 narrowly came in third with 85.4.

The best value award is based on the as-tested price per point scored. So while the Versa SV only had 64.5 points overall, its low price meant that each one cost just $249. Second place went to the Versa Note SV with 64.63 points at $260 each, and third was the Hyundai Accent GLS with 61.1 points for $269 each.

Keep in mind, AAA’s ranking doesn’t attempt to find the most environmentally friendly vehicle, rather it tests the green car segment to give recommendations to buyers. Battery electric powertrains, compressed natural gas, clean diesel, hybrids, partial zero-emissions vehicles, and simply models with high fuel economy are all counted by the organization. The results are published in a 160-page magazine, which you can read here. It also offers suggestions on economical driving and explains some of the fuel-saving tech currently available.

Next post Should Your Next Car Be a Vauxhall?