2020 Land Rover Defender: Everything We Know 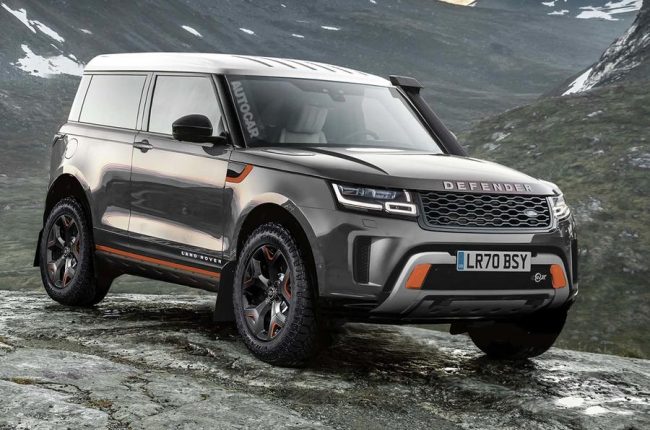 Details have been scarce, but a new Land Rover Defender is coming. What we know so far is that it will come to the US and will likely share some components with other Jaguar Land Rover products. Even though the company is not releasing any details, here’s everything we’ve been able to glean from searches of engineer profiles on social media.

The first bit of information that shows up on multiple profiles is that the vehicle has been assigned a project code of L663, a project name of “Darwin,” and it rides on the D7U platform. This platform is aluminum intensive and is currently used by vehicles such as the Range Rover Sport and Discovery, so the Defender will likely have some similarities in the chassis.

Further research shows that the Defender will come in two wheelbases and will retain the 90 and 110 designations that it has used in the past. It is unknown whether these will be exact measurements for the wheelbase since it was rounded on past models; the old Land Rover 90 actually had a wheelbase of 93 inches.

As noted by Motor Authority last month, the Defender will also be getting a plug-in hybrid variant with technology developed by Tata Technologies. According to additional profiles, a Lear plant in Morocco is currently tooling up to build the high-voltage wiring for the Defender.

Perhaps the oddest description found for the upcoming Defender comes from a German roof supplier which lists the development of a panoramaaufstelldach for the vehicle. The direct translation of that word is camper roof. That means it is possible that the Defender will be available with a lift out roof similar to what is found on some European spec vans.

Inside, the Defender is slated to feature a brand new instrument panel, the first one built in-house by Jaguar Land Rover. This instrument panel is being co-developed with one for the next generation Jaguar XJ. Alongside this new panel, the Defender will employ a gesture recognition camera that is being developed by Aptiv and will likely offer similar features to the latest iDrive system in the BMW 7-Series.

The Defender gets more new cameras on the outside with the front of the car listed as getting the new Bosch Generation 3 front facing camera. That will interface with a next generation advanced driver assistance system that is listed as being the first “service based control system” from JLR.