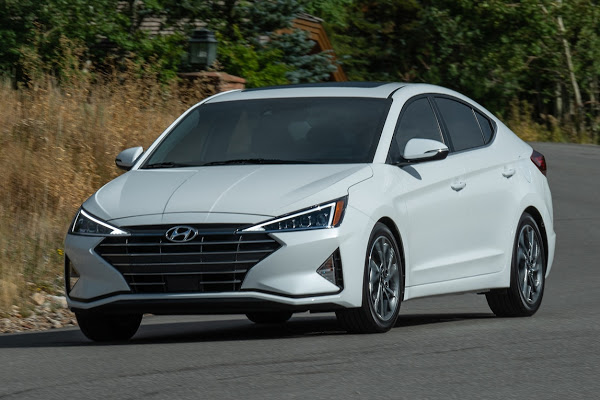 Hyundai’s biggest stars for the 2020 model year are its three all-new models, the three-row Palisade, the city-friendly Venue, and the new-generation Sonata. While we’ve known what’s coming on those vehicles for some time, we’re only recently finding out what’s changing for the rest of the lineup for the 2020 model year.

The big takeaway? More CVTs and tech features, less manual transmissions. For 2020 the Hyundai Accent and Elantra sedan lose the six-speed automatic in favor of Hyundai Group’s first CVT (dubbed IVT) that first appeared on the Kia Forte and Soul. That transmission benefits fuel economy significantly, bumping up the Elantra’s EPA ratings to 30/40 mpg city/highway (31/41 mpg in the SE trim). In addition to the new transmission, the 2020 Hyundai Accent also gets the new Smartstream 1.6-liter I-4, which has 120 hp and 113 lb-ft of torque.

On the SUV front, the 2020 Hyundai Kona and Santa Fe see the most updates. For the 2020 Kona, adaptive cruise control is now available on the range-topping Ultimate trim.

The 2020 Hyundai Santa Fe also gets upgraded safety features on the SEL trim and higher; the blind spot monitoring system now has a collision avoidance function and rear cross-traffic alert integrates rear automatic emergency braking. The blind spot view monitor, which shows what’s on your blind spot has been added to the Limited grade.

Although most changes are limited to specific models, we’re expecting more to arrive once the auto show season kicks off in a few months. Earlier this year, the Hyundai Kona Hybrid landed in Europe with the same powertrain as the Ioniq.

That model could also  Next year, the 2020 Hyundai Sonata Hybrid arrives with a new system and if it’s like anything like the Korean-spec model that debuted alongside the standard car, it may sport a sunroof that doubles as a solar panel. For performance junkies, the Sonata will also get an N Line model with over 275 hp, and another full-fledged N SUV model has been rumored to follow the Veloster N in the very near future.