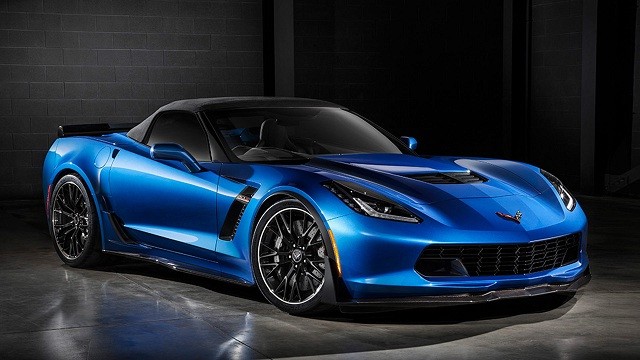 The pack leader is finally here, launched in Sebring Orange to make sure you notice all the significant upgrades that no doubt make it the fastest street car GM has ever made. This is the 2019 Chevrolet Corvette ZR1.

Not all Corvette generations spawn a ZR1, but the previous one from 2009 left quite an impression with its 638 horsepower LS9. Eight years wiser, the Corvette team used all they had to create a worthy successor. Looking at all the figures, the C7 ZR1 shouldn’t disappoint.

It all start with its big, bulging exposed carbon-fiber hood. Apparently, GM put a lot of effort into coming up with the C6 ZR1’s transparent hood window, only to find that some customers thought it looked like a cheap piece of plastic. So this time around, they went all in.

The trick is that one of those two pieces is the actual carbon fiber intercooler cover, meaning that the engine is out in the open through what GM calls a “halo” hood. The carbon weave is perfectly aligned with the body panel, but the intercooler cover will move around when the engine is running, since it’s part of the drivetrain. Now that’s just bonkers.

Chevy claims that after benchmarking a few sports cars with active wings, they came to the conclusion that those serve more of an aesthetic purpose than anything else. That, and the fact that an active wing would have been a packaging nightmare on the C7, led Chevy to offer a pair of fixed wing designs, as well as a clever front underwing designed to balance out the additional rear downforce without making the car unusable on the street. It gives the ZR1 an estimated 950 lbs. of downforce near its top speed.

Said top speed is “somewhere above” 210 miles per hour, as long as you stick to the standard wing.

Talking of sticks, there’s an available seven-speed manual with rev-matching that’s “more robust for track duty,” but for the first time ever, the ZR1 can also be had with GM’s 8-speed automatic. The 10-speed auto simply didn’t fit, as it was never intended for the C7 platform.

Just to tease us further before the ZR1 goes on sale next spring, the launch car features the Sebring Orange Design Package, which gives you this exterior color, as well as orange brake calipers, rocker and splitter accent stripes, seat belts and interior stitching, with the competition seats and a bronze aluminum interior trim.

It’s pretty, and pretty much everything you could want from a Corvette. The Dodge Viper ACR might be dead, but there seems to be a new King of the Hill.

The C7 Stingray wasn’t designed with the ZR1 in mind, but according to Chevrolet, the platform can take the power without any problem.

Next post BMW Is Ready For Our Inevitable Ev Future