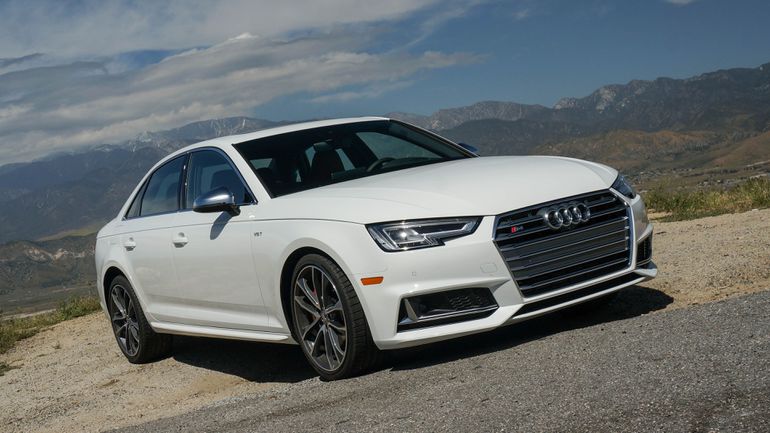 This is a shockingly good car, even at $52,000 as tested: handsome and fast, packed full of useful tech, luxurious through smart design rather than gimmickry and overcompensation, and superbly comfortable.

It has top scores on the government safety ratings—all fours and fives—and it’s even admirably fuel-efficient. You can get a base A4 for $36K, but I can’t think of anything in this configuration—including the $9,500 Prestige Package, which includes things like a Bang & Olufsen sound system, heated and auto-dimming folding side mirrors, and many of the advanced driver’s aids—I would want to go without.

Given the size, comfort, speed, and amenities, the A4 sedan seems like a car that should work for a lot of people shopping for an approachable luxury vehicle. But most of those have already been seduced by the cold comforts of ride height and interior headroom and the mostly-false promise of the “performance crossover.”

Keyless Entry: This falls squarely into the “Read the manual, dolt,” category, but sometimes in this job you have to jump into a loaner car the moment it arrives and put real miles on it non-stop for several days. And, finding myself in this very scenario, I admit the logic of the A4’s keyless entry remained as unknowable to me at the end as at the beginning.

Steering: If you’ve ever seen those videos where big Eastern European drunks take turns slapping each other’s beefy, immovable slabs of head, you have a sense of the A4’s obstinate steering, especially around town: it’s vaguely, numbly aware there’s an attempt at input being made, but it’s chosen not to be bothered by any of that. Also, it doesn’t say much.

Stiff Ride: This is a sporty sedan, so some of the rigidity is to be expected, but even in Comfort mode the A4 can only ever get to the softer side of firm. It didn’t bother me, but the same was not true for some of those who found themselves in the passenger seat.