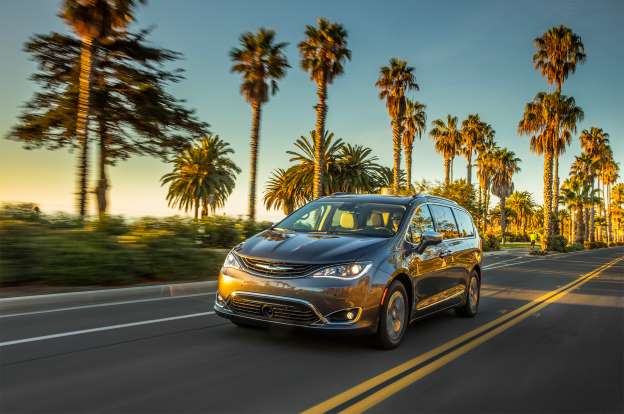 It’s been more than a year since we first tested Chrysler’s all-new Pacifica minivan—a loaded Limited-trim model that impressed us with its comparatively quick acceleration, quiet ride, and handling. “It’s surprisingly amenable to being tossed around,” said testing director Kim Reynolds.

And after our follow-up test at the 2016 Car of the Year competition, we declared the less-well-equipped Pacifica Touring the new benchmark for the minivan segment. On our course, the Pacifica seriously impressed us with a well-controlled chassis that minimized the typical minivan float and took corners surprisingly well. It didn’t win the competition, but associate editor Scott Evans thought the Pacifica actually handled better than some of the other cars it was up against.

Recently, though, we had the opportunity to test out the Platinum-trimmed 2017 Pacifica eHybrid. The plug-in hybrid is the most expensive Pacifica you can buy, coming loaded with every available option as standard except for the panoramic sunroof. If you want the sunroof, it’ll cost an extra $1,795. Adding it brought our as-tested price to $47,885.

For a nonluxury car, the Pacifica Hybrid sure feels pretty close to being one. Yes, Chrysler pulled quite a few parts from the corporate bin, but in general, the materials feel remarkably premium. If you spring for the panoramic sunroof, it helps to brighten up the cabin, making this large family hauler feel a lot more open and airy.

And although ticking that option box pushes the price scarily close to $50,000, don’t forget that because this is a plug-in hybrid, it qualifies for the $7,500 federal tax credit. Depending on the state you live in and its incentives, you might be able to get a fully loaded Pacifica Hybrid Platinum for about the same price as a midgrade Pacifica Touring L Plus. At a net price of less than $40,000, it’s an excellent deal.

That’s because the hybrid doesn’t get the Pacifica’s ridiculously convenient Stow ‘n Go seats. Those had to go in order for Chrysler to make room for the battery. That might not be an issue on a daily basis, but it does make the Pacifica Hybrid a lot less useful for moves, trips to Home Depot, and Ikea runs.

Whether the hybrid Pacifica is still worth it without Stow ‘n Go or seating for eight is going to be up to individual buyers. But if you can live without those features, the near-luxury interior, comfortable ride, commendable handling, quick acceleration, fuel savings, and tax incentives make the Chrysler Pacifica Hybrid Platinum a seriously tempting purchase. 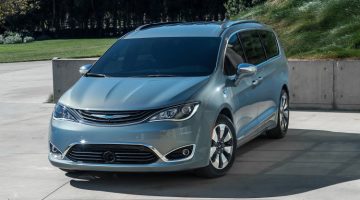