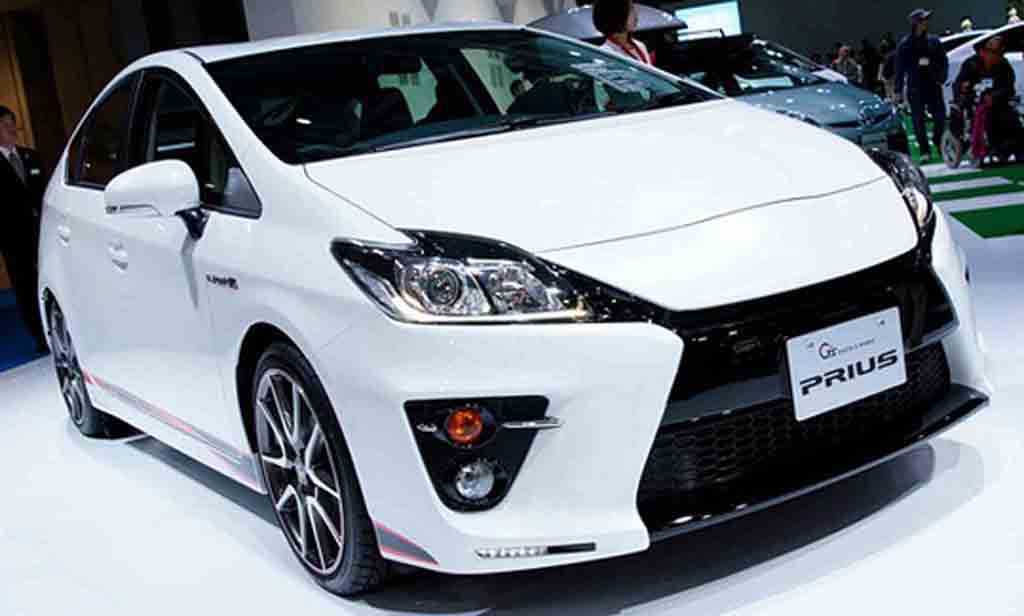 We’re not the only ones eagerly awaiting the next-generation Toyota Prius. Toyota has seen sales of the still-the-world’s-best-selling hybrid drop for months now, likely due to the many other fuel-sipping alternatives, not to mention the fact that the current Prius has been around since 2009. This trend is likely to reverse once the fourth-generation Prius arrives. When it does, it could look a little something like what we’ve got here.=

These new spy pictures of the suspected Prius are much, much cleaner than the previous spy images we’ve seen, like this video, despite heavy cladding. Still, the shots reveal a shape that’s a little more sedan-y than the third-gen’s Liftback shape. There’s also a bit of familiarity with the fuel-cell-powered Mirai. The new Prius will be built on Toyota’s new TGNA platform, and whether it will come in various versions (like the Prius C and V) is not yet known, but a plug-in model is likely, and electric all-wheel drive is also possible.

As far as what sort of fuel efficiency the next-generation Prius will get, that’s still a big unknown. We’ve heard something like 55 miles per gallon (or 58) and suspect something in that range to be accurate. The only official word we have on this comes from North American CEO Jim Lentz, who said that the new Prius will get better gas mileage than the old one and is better looking. Since Toyota is letting the new Prius out to be spy shot, we’re that much closer to finally getting some real details.