Driving a motor scooter is a feeling of freedom and adventure. Increasing two-wheeler safety is and always has been a priority, as scooter and motorbike riders are vulnerable road users. Increasing vehicle stability and preventing front wheel lock-up is very important, because a locked up front wheel may easily lead to a fall. According to the German automobile club ADAC Accident Research, approximately one fifth of all motorcycle accidents could have been prevented if the bike had been fitted with an anti-lock braking system (ABS). Just like cars, it is also important for two-wheelers to remain stable during a panic brake. To improve the active safety of motorcycles, international automotive supplier Continental has expanded – based on its proven ABS technology for passenger cars – its range of electronic braking systems by introducing a One-Channel ABS for smaller motorcycles and scooters. In spring 2014 for the first time worldwide, the safety system went into series production in the Vespa Primavera and the Vespa Sprint from the Italian manufacturer of two-wheel motor vehicles Piaggio Group.

“Our involvement in such top sellers makes us proud and underlines the claim made by Continental that we can provide innovative solutions to our customers,” said Ronan Le Roy, Head of the motorcycle business within the Vehicle Dynamics Business Unit of Continental’s Chassis & Safety Division told Automotive News. For the past ten years, Continental has been developing and producing anti-lock brake systems for two-wheelers to continuously improve active driving safety for motorcycles. With a box volume of significantly less than 300 cubic centimeters and weighing roughly 420 grams the One-Channel ABS is very light and can be easily applied to suit the widest range of motorcycle and scooter models. ABS control of the front wheel stops it from locking up even during a panic brake by the driver and prevents a fall. A wheel speed sensor constantly monitors the front wheel’s turning speed and from this the algorithms in the control unit calculate whether braking could potentially cause the front wheel to lock up. If so, the system will reduce the brake pressure, thus preventing loss of directional stability and road holding.

The One-Channel ABS complements Continental’s portfolio of motorcycle systems currently in series production: Motorcycle Integral Brake Systems and Motorcycle Anti-Lock Brake Systems (Two- and Three-Channel ABS). The Piaggio Group, which is and always has been a pioneer in scooter and motorcycle safety also trusts in further models on technology from Continental. Thus, the Vespa GTS 300, the Piaggio Beverly, the Vespa 946, the Piaggio X10 as well as motorcycles are available with a Two-Channel ABS. The Piaggio MP3 is equipped with a Three-Channel ABS. “In line with our motto, ‘Safety for Everyone’, we want to make the One-Channel ABS available to all road users and offer the world’s motorcyclists a significant safety gain”, said Lothar Kienle, Head of Development Motorcycle in the Vehicle Dynamics Business Unit. Just how great the requirement is, is demonstrated by a study on global traffic safety carried out by the World Health Organization (WHO) in 2013: 23 percent of all traffic fatalities worldwide were suffered by drivers of two- and three-wheeled vehicles. While the number in Europe is twelve percent, it rises to 33 percent in Southeast Asia.

The 2010 DEKRA Motorcycle Road Safety Report in Germany showed that ABS could either prevent many accidents or reduce the severity of their impact. It even concluded that 25 to 35 percent of the serious accidents analyzed in the report could have been prevented, had the motorcycles been fitted with ABS. “The widespread use of ABS for motorcycles and scooters could contribute considerably to reducing the number of serious injuries and fatalities”, said Kienle. Even in Europe, the ratio of motorcycles fitted with ABS is still low. This is something that the European Union (EU) reacted to: For all motorcycles over 125 cubic centimeters ABS will become mandatory Europe-wide. This regulation is effective for all new type-approved motorcycles from 2016 and for all new motorcycles from 2017. 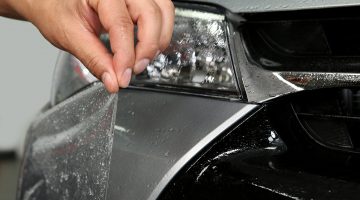