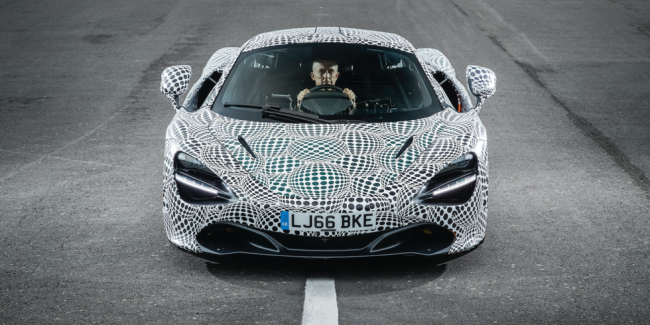 McLaren’s upcoming three-seater hyper GT car, codenamed BP23, will be the fastest road-going McLaren ever, surpassing the F1’s top speed of 243 mph set in 1993. At least, that’s according to the latest bit of info released by the manufacturer.

The company says it will reveal the BP23, which will feature a center driver’s seat, by the end of 2018. Buyers of the car will be given an exclusive, private first look ahead of its public unveiling. As we’ve reported before, all 106 examples have already been sold.

McLaren has yet to reveal what sort of powertrain the BP23 will use, or what the actual top speed will be. “BP23” also won’t be the car’s final name. As with the Senna, it will get an actual name, rather than an alphanumerical designation. Production for the car is set to begin at the end of 2019.