The E400 Coupe Is A Reminder Of The Mercedes You Forgot 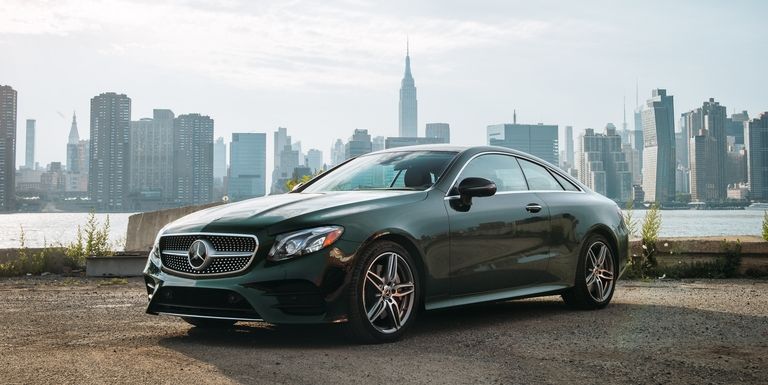 The Mercedes E400 Coupe isn’t a high riding crossover. It doesn’t have a rear seat covered with hand-stuffed throw pillows. It’s not powered by a twin-turbo V8 and doesn’t have a drift mode. It’s not a truck originally designed for military use in the 1970s that has been constantly upgraded.

Instead, the E400 Coupe carries on a different Mercedes tradition, one that you might have forgotten.

For years, Mercedes was known for building cars that felt like tanks. You could rely on to get you literally anywhere in comfort, whether it was the store or across the Kalahari. These were cars that didn’t have a single killer app, like a standout engine or monumental grip in a corner. All the pieces put together worked in harmony to make the car as a whole that killer app.

That’s what Mercedes has done with the E400 coupe. Here are three pieces that make it so enjoyable.

The E400 doesn’t ask much of you. You might think this is a bad thing, but it isn’t. Remember, the E400 isn’t an AMG of any sort, you aren’t bombing backroads or ‘winning’ the track day, not even close. You’re wafting along in comfort, Yacht Rock playing on the stereo both literally and figuratively.

Steering is light and power delivery from the 3.0, twin-turbo, 329 horsepower V6 is Michael McDonald-era Doobie Brothers levels of smooth. The suspension is shockingly well tuned, with a level of ride comfort that you’d expect from something costing twice as much… like the S-Class coupe. It’s also well controlled, so you aren’t going to be bouncing like you would in a Town Car with blown shocks.

A lot of other supposed luxury coupes or GT cars can leave you tired or weary after hours behind the wheel. With the E400, you get out feeling no worse for wear. It’s like entering a zen chamber, which I’m totally sure is a thing that exists. Hell, you actually feel better than you did when you got behind the wheel, which is an achievement in itself.

While Mercedes continually enters new segments, with crossover coupes, cargo vans, and even a new F1-powered hypercar, it’s refreshing to know that the company hasn’t forgotten what it does best.