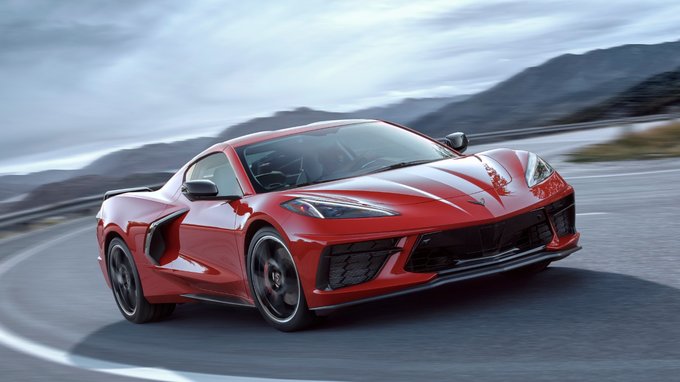 Chevy is basking in a seemingly endless afterglow of praise for the 2020 Corvette. We’ve covered the car from every angle since its grand reveal on July 18, but this past weekend we were able to take an even closer look at the design and public reaction to the C8.

GM decided to break a couple mid-engine Corvettes out at Sunday’s Concours d’Elegance of America, which gave us a chance to get up close and personal with the car. In addition to the real-life photos we were able to grab when the crowds parted, GM’s Michael Simcoe revealed to us that the 2020 model year run of C8s is “nearly sold out.”

We weren’t allowed to sit in the show cars on display, but we still got a good look at the interior with the roof removed. The C7 is rather confining, but the open-air hatch behind you does a good job making it feel more expansive. You lose that feeling in the C8, because the engine is directly behind your head. We think that’s a fair compromise to go mid-engine, but it is something to take into consideration — you won’t be throwing anything over your shoulder and into the hatch compartment anymore.

It’s impossible to judge how we like the driver-oriented cockpit without getting it out on the road in actual use, but it all looks luxurious and usable to us from a few inches away. The row of buttons slicing across the cabin looks far more intimidating in photos than it does in person, so you may not want to eliminate the C8 from your short-list for that reason alone.

When it was time for the Corvette to roll by the grandstands for its 15 seconds of fame, everyone in the vicinity turned and watched with rapt attention. Phones and cameras were raised. The LT2 V8 roared to life with a familiar sound. People needed to see this car. It felt special, and it was. A mid-engine Corvette, in the flesh. Perhaps that feeling will wear off as GM pours thousands of them out of the factory in Bowling Green, Kentucky. But for now, the C8 is going to keep capturing the attention of anyone who chances a sighting.