Seat Rolls Out Its Electric Offensive In Barcelona 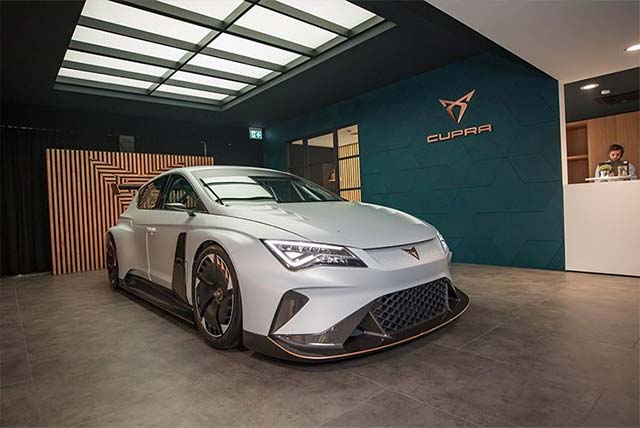 SEAT celebrates its 69 years of history and is participating this year in the 100th edition of the Automobile Barcelona, where it has rolled out its vision of electric mobility with its two new concept cars – the first ever fully electric SEAT el-Born and the SEAT Minimo, a forward-looking approach that aims to become the companion of cities and revolutionise urban mobility.

Moreover, CUPRA is also displaying the new CUPRA Formentor, the brand’s own first model, as well as the e-Racer, the first ever fully electric touring racecar.

SEAT CEO Luca de Meo pointed out that “the auto industry is undergoing a process of transformation and is facing the biggest challenge in its over 100 years of history. We are at our best moment and with these launches can look to the future with confidence and lead the transformation facing the sector.”

During the two weeks of the motor show event, SEAT is also bringing the latest developments in its range to the general public so they can test drive the new Tarraco, the Arona TGI, the Ibiza, the recently presented CUPRA Ateca and even its first solution for urban micromobility, the SEAT eXS KickScooter powered by Segway.

The el-Born concept car is the first SEAT that has been conceived as an electric vehicle and it is scheduled for market launch in 2020. SEAT will be the Volkswagen Group’s second brand to make a model on the MEB platform, whose assembly line is set to turn out a new generation of vehicles based on the market’s most advanced electric and connectivity technology.

CUPRA connects to the future

After just one year of operation as an independent brand, CUPRA is presenting the CUPRA Formentor concept car in Barcelona, which is the first model it has developed. It is intended to take the brand into the future, equipped with a high-performance plug-in hybrid engine whose output is designed to comply with current performance and efficiency requirements. Its market launch in 2020 will signal the beginning of the brand’s electrification of commercial vehicles.