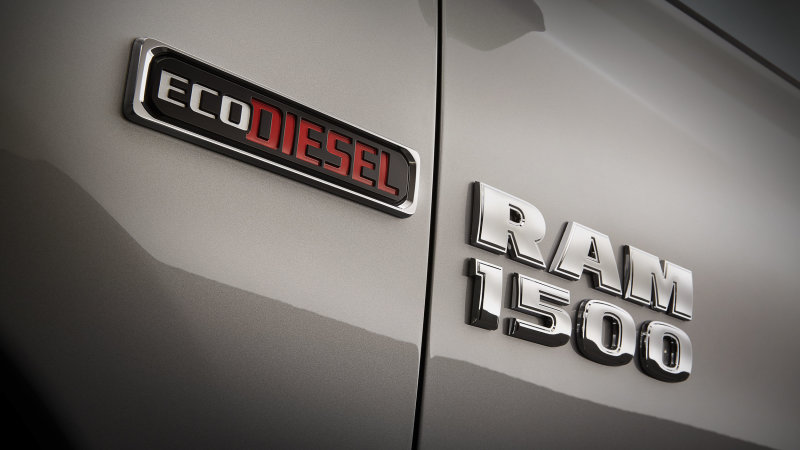 This shouldn’t come as a surprise. Last week, the EPA issued a notice of violation to FCA after it determined that Jeep and Ram installed eight undisclosed auxiliary emissions control devices on diesel vehicles. Since then US law firm Heninger Garrison Davis, LLC and Canadian firm Sotos LLP have launched class action suits on behalf of owners. These latest lawsuits are unrelated to a previous class action suit brought against FCA and Cummins over NOx emissions in 2007 to 2012 Ram models.

The violation notice – and the subsequent lawsuits – covers 2014 to 2016 Jeep Grand Cherokee and Ram 1500 models equipped with the 3.0-liter turbodiesel V6, a total of about 104,000 vehicles in the US. The EPA says that while the emissions control devices aren’t necessarily illegal, installing them without disclosing them to the EPA is, as they produce more emissions in real world use than in testing. Skirting certification in this way might be a violation of the Clean Air Act. FCA could see fines of up to $45,000 per vehicle, depending on the outcome of the EPA investigation.

FCA denies that these are cheat devices, and has proposed software updates to bring the vehicles into compliance.

As for the lawsuits, Heninger Garrison Davis says that “Fiat Chrysler marketed those vehicles as environmentally friendly with enhanced fuel efficiency, better performance, and lower emissions. Although the diesel vehicles were successfully marketed as ‘clean,’ their environmentally-friendly representations were deceptive to consumers.” The suit seeks an undisclosed amount of compensation for owners of these vehicles.

In Canada, Sotos LLP is seeking $250 million in damages on behalf of owners. This suit, filed in the Ontario Superior Court of Justice, also claims deception on the part of FCA, “resulting in losses and damage” to owners.

These are similar claims to group actions against Volkswagen with regard to its diesel emissions cheating scandal. While VW is fixing or buying back many of the affected vehicles, the company is defending itself against some suits on behalf of owners, saying it expects “no decline in the residual values of the affected vehicles as a result of this issue.”