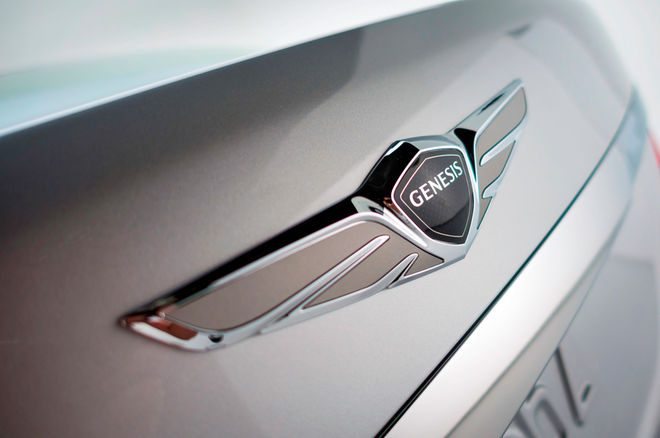 It took Toyota’s Lexus Division nearly a decade to grow its modest product lineup into one that occupied a majority of segments where luxury consumers shopped.

But Genesis, the premium brand recently created by Hyundai Motor, is not being nearly as patient. In fact, its brash product plan could put established Japanese and German luxury marques on their heels.

According to internal company documents seen by Motor Trend, Genesis will have three sedans, three SUVs, a sports coupe, and a dedicated electric vehicle by the end of 2021. And that’s just for starters.

The G70 compact sedan, set to be unveiled in September in South Korea, will challenge the likes of the BMW 3 Series and Mercedes C-Class and go on sale in the U.S. in early 2018.The GV80 midsize crossover, which was unveiled in concept form at this year’s New York auto show, will arrive in early 2019. It will be quickly followed by the GV70, based on the G70 platform.

Then things start getting really interesting, with the return of a sporty coupe arriving alongside a redesign of the G90 flagship (after just four years on the market).

After that we will see a “crossover-utility vehicle,” which will be in addition to the GV70 and GV80 but which Genesis execs say will be sufficiently different in that it will not cannibalize sales like the BMW X6 does with the X5.

An electric vehicle, which will be on a dedicated Genesis platform not shared with Hyundai’s EV work, should arrive by 2021, as well.

The G80 midsize sedan also should see re-engineering during this period, though Genesis officials declined to give a timeframe. There also is the possibility of a shooting brake—envision a sporty wagon similar in style to the Mercedes CLS wagon—for the European market.

Genesis executives throw around words such as “daring” and “audacious,” and this certainly applies to the brand’s fearless approach to product launches. A complete product portfolio is essential to get onto luxury consumers’ shopping lists as a valid and credible brand, said Manfred Fitzgerald, the Genesis brand’s global boss, in an interview.

There is even talk of creating high-performance versions of Genesis vehicles to compete with the Mercedes-AMG or BMW M skunkworks brands.

And this is just what Genesis is confirming.

“There are a lot of white spots on the map,” Fitzgerald said. “We have a lot of ideas for the future.”

Previous post BMW Could Bring The Front-Wheel-Drive 1-Series Sedan To The U.S.