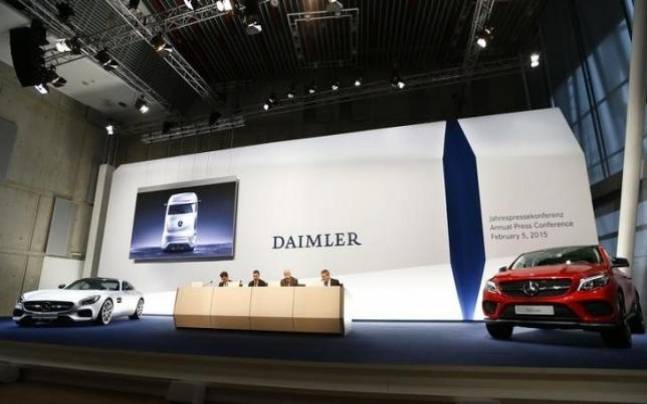 Daimler Chairman Dieter Zetsche is willing to consider joint ventures with tech giants like Apple and Google. Don’t expect the automaker’s vehicles to become just another platform for their software, though. In an interview with a German magazine, the chairman admits “different types” of partnerships could be possible, according to Reuters.

As vehicles become increasingly connected, greater expertise is necessary in creating their software. The changing market is an opportunity for tech companies to enter the auto industry. “Google and Apple want to provide system software for cars and bring this entire ecosystem around Apple and Google into the vehicle,” Zetsche said, according to Reuters. “That can be interesting for both sides.” Although, he was clear no deals had happened, yet.

For automakers, the danger of this cooperation is for a vehicle to be just a physical device that runs the software. “We don’t want to become contractors who have no direct content with customers any more and supply hardware to third parties,” he said in the interview.

Zetsche has been working out how to create this balance for a while. Earlier this year, he said that some partnerships with Silicon Valley firms could be helpful. However, data privacy remains a major concern, especially in the wake of multiple vehicle hacks in recent months. In the chairman’s opinion, a Mercedes-Benz shouldn’t just protect its occupants physically but also their personal information.

Next post 4 Reasons To Trade In Your Old Banger, & Get A Motorbike Instead