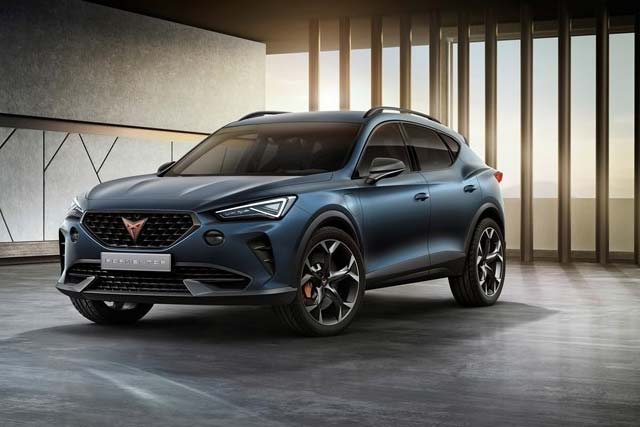 CUPRA is marking its first anniversary by taking the covers off its most eye-catching vehicle yet; the plug-in hybrid concept CUPRA Formentor.

CUPRA’s first year of operations has proved its potential in the market, as sales in 2018 increased by 40% compared to last year, with up to 14,400 units sold. After releasing its first model, the CUPRA Ateca, now the brand’s plan to double sales within the next three to five years will materialize with the unveiling of the CUPRA Formentor.

The vehicle brings together the benefits of a performance car with the qualities of an SUV, at a time when the CUV segment is destined to see incredible growth. It demonstrates the ambition, expressiveness and inspiration that the brand inherently holds and underlines the CUPRA’s position as a technology brand with one eye on the future.

Designed to be noticed

The CUPRA Formentor is a concept-car full of character, one sculpted to emphasise its varied attributes and the last word in sophistication, one that exudes emotion.

The feeling of high quality is strengthened with the integration of the rear infinite light concept that magnifies the distinctive look of the rear of the vehicle, while the overall design is heightened by the matt petrol blue exclusive exterior colour.

The CUPRA Formentor’s expressive exterior design is matched by its high quality interior. The vehicle’s cabin provides a sense of modernity and sportiness with a unique take on the feel of the CUPRA brand.

Technology is at the forefront inside the vehicle with the integration of the digital cockpit putting all the necessary driving information right in front of the driver, and a 10” panoramic floating navigation system providing a near endless source of functionality and connectivity to the occupants.

Engineered for the future

Mixing the technology of an advanced high-performance plug-in hybrid petrol engine with a high power output, with the high-torque characteristics of an electric motor allows the CUPRA Formentor to surpass the performance expectations of the driver.

The CUPRA Formentor will make its world debut at this year’s Geneva Motor Show, where the public will be able to see the concept-car for the first time, giving a taste of the high-performance brand’s future.