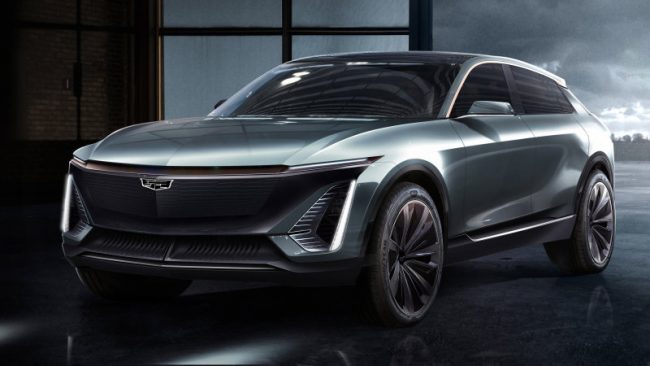 Cadillac just revealed a futuristic EV crossover model at an off-site event before the Detroit Auto Show. The vehicle doesn’t have a name now, but Cadillac says that and additional information will be revealed closer to the car’s launch. Any sort of specifications, range and things of that matter are not available right now. Although, Cadillac mentions we can expect both two- and all-wheel drive and for it to be sold globally. What we know for sure is that this vehicle is meant to preview an actual production model at least somewhat resembling this one.

As we look at the two photos, this vehicle looks a bit concept-like but probably won’t need a whole lot of change to make it production-ready. When that production will start, Cadillac doesn’t make any mention of either.

GM said on Friday that Cadillac “will be at the vanguard of the company’s move toward an all-electric future.” This reveal is the first vehicle related to that goal since the statement only a couple of days prior.

We contacted Cadillac in an attempt to understand a bit more about where this car stands in the concept versus production car realm, and will update when we learn more. For now, take a gander at what Cadillac says represents the future of its brand.