Aston Martin’s Project 003 Could Have A Name: Valhalla 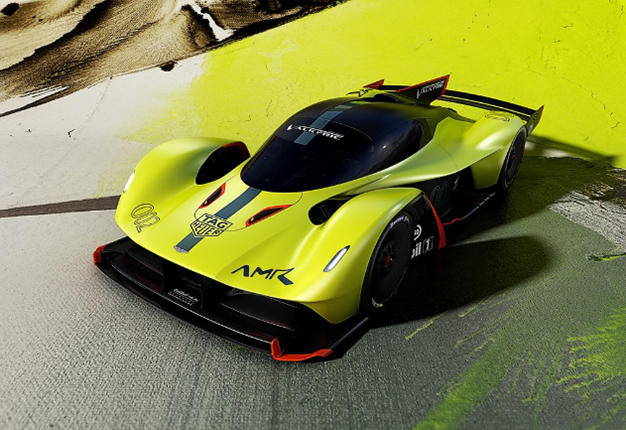 When Aston Martin unveiled the Valkyrie at the 2017 Geneva Motor Show, the carmaker’s chief designer told Drive, “We have a bunch more V names that we’ve thought of and haven’t used.” Earlier this year, AutoGuide discovered a trademark application for the name Varekai, which Aston Martin will use for its crossover. Now the same site has found another trademark application at the with World Intellectual Property organization, this time for Valhalla, which it expects to be applied to the “Son of Valkyrie,” formerly known as 003. The automaker made the filing on October 12, 2018.
If you’re unclear on all the connections, the Valkyrie was codenamed AM-RB 001, denoting the first collaboration between Aston Martin and the Red Bull Racing Formula 1 team. The Valkyrie AMR Pro was AM-RB 002. That makes the Valhalla, nee 003, next in the chute. The naming inverts Norse myth, since the legends say Valkyries escorted fallen warriors to the Hall of the Slain in Valhalla. In Aston Martin’s working, you need to go through Valhalla to get to the ferocious women with the swords.

Although not thought to be co-developed with Red Bull Racing, the Valhalla will retain lightweight, carbon-fiber-intensive construction and active aerodynamics like its larger siblings, as well as an active suspension. As a road-legal and more practical step below the Valkyries, the Valhalla includes “space for luggage,” and a quieter cabin. Instead of a naturally-aspirated V12, the third member of the family goes with a turbocharged V6 with hybrid help. Anticipated to be a full-on hypercar, the competitive set is thought to include the McLaren Speedtail and whatever succeeds the Ferrari LaFerrari.

Aston Martin will make 500 Valhallas, deliveries commencing in late 2021. Before then, don’t be surprised to see the Vanquish name return on the company’s Ferrari 488 and McLaren 720S challenger.