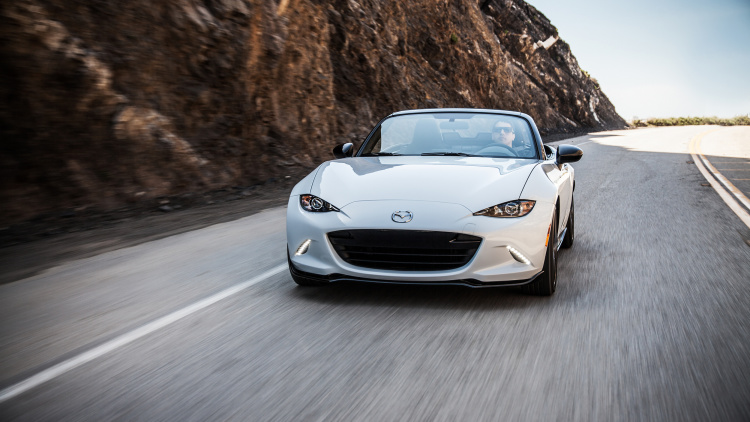 Just days after revealing full pricing and specs for each trim level of the 2016 MX-5 Miata, Mazda is spilling the beans on the roadster’s fuel economy. As it turns out, the numbers show an impressive boost over the previous generation.

All 2016 Miatas in the US are equipped with a 2.0-liter four-cylinder that makes 155 horsepower and 148 pound-feet of torque. With a six-speed manual, the EPA estimates fuel economy of 27 miles per gallon city, 34 mpg highway and 30 mpg combined. Buyers choosing the six-speed automatic, which is a $1,075 option (that you should absolutely not choose), are expected to get 27 mpg city, 36 mpg highway and 30 mpg combined. Compared to the previous-gen model with a six-speed manual, these latest numbers represent a 25-percent improvement in mileage.

The boost in economy for the Miata likely comes from a variety of sources. Underneath the hood is one of Mazda’s latest Skyactiv engines, and the loss of around 150 pounds from the last gen helps too. Production of the latest version of the famous roadster is already underway, and they should start arriving at dealers in the late summer.