What Are The Most Reliable Car Manufacturers On The Market?

Buying a car is one thing that you need to treat with respect. As they cost so much money, you cannot afford to make a bad purchase. Otherwise, you could end up paying for it for years to come. As a result, you might want to consider the reliability of a car the next time you are shopping for a new motor. For most people, reliability is not something they value in a car. Mainly, it is how good it looks and how fast it goes that are the two biggest selling points. But, if you don’t want to splash out thousands on a new car every year or so, here are the cars that take reliability as seriously as speed and aesthetics.

Honda and Japanese models, in particular, are well known for their reliability. When it comes to the cream of the crop, however, the Honda Jazz takes the crown. For the past nine years, A Honda has topped a Reliability Index poll and numerous other polls around the world. And, if something does go wrong, they are pretty easy to fix, unlike some car models and manufacturers. When it comes to failure rates, the Honda Jazz has the lowest around.

Another Japanese made car comes in high on the reliability list. A Toyota Yaris is not one of the most popular cars in the world, probably due to its size. But, when it comes to durability, the Yaris is known to average around 45,000 to 50,000 miles before it experiences any problems. Better yet, the cost of a Yaris is quite cheap, around £10,000 for a brand new one. As far as cars are concerned, that is cheap and efficient.

It wouldn’t be a reliability list without a German made car. Germans are known for their ability to manufacture great cars, which is why a German engineering slogan can add thousands to the price! Where Mercedes are concerned, you are not going to find one that is brand new and cheap. If you want one, you will have to pay north of £20,000 if you are lucky. However, when you pay the price, you can be sure that you will get your money’s worth out of the car. There are not too many cars that cost £20,000 that can say that.

American cars are not often found on a list of the most reliable cars, which makes the Kalos even more impressive.  In fact, the Kalos was owned by Daewoo, and Daewoo had a whole host of problems that put people off buying their products. Now, though, with a Chevy badge attached to the front, the Kalos are driving themselves off the lot. The fact that it only has a small engine is one of its secrets because the car doesn’t put too much pressure on the engine in the first place. Apart from reliability and cost, there isn’t much else to write home about.

Still, beggars can’t be choosers, especially when you don’t have the cash in the first place.

Next post Ford Mustang is The World's Best-Selling Sports Car 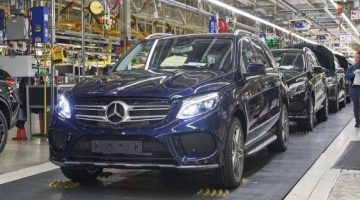 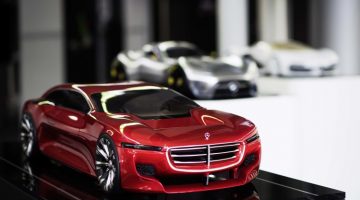