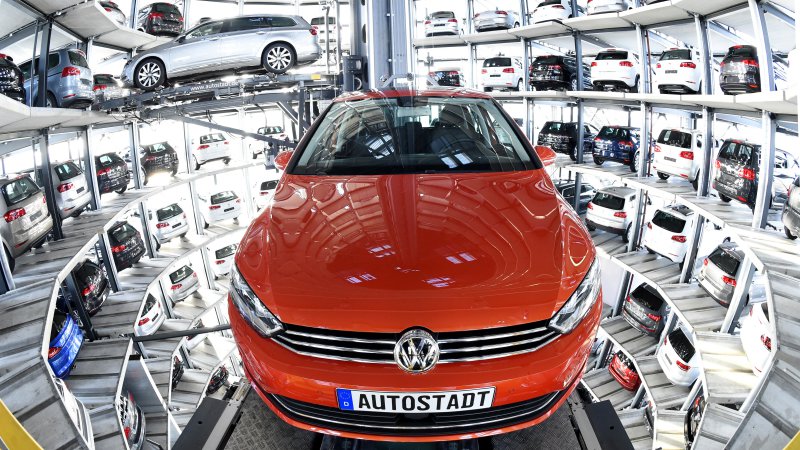 Despite uncertainty in major markets like Russia and China, Volkswagen is wearing the global sales crown for the first half of the year to overtake Toyota. Through the first six months of 2015, VW sold 5.04 million vehicles, which only narrowly beat its Japanese rival’s 5.02 million, Reuters reports. The half-year trophy also placed the German brand one step closer to the goal of being the world’s largest automaker.

VW can’t just cruise through the second half of 2015 to continue wearing the crown, though. The company is a major player in China, and that might start to be a disadvantage soon. Auto demand there is expected to be weak for the rest of the year, which could mean dire effects for companies around the world. According to Reuters, the Western European market shows few signs of a sudden surge, either. To turn things around, VW is working on a massive realignment to be more responsive by organizing its 12 brands under four separate holding companies.

One factor in VW’s favor is that Toyota is facing its own sales struggles across the globe. In the last fiscal year, the Japanese automaker had growing profits but actual volume was down. At the time, the company predicted a drop to 8.9 million vehicles for the current fiscal period. According to Reuters, Toyota has had problems growing in emerging markets and dealing with higher taxes on small vehicles in Japan.

For all of 2014, Toyota held the sales trophy with 10.23 million sales, and VW was in second place with 10.14 million. General Motors came in third with 9.92 million. The year was the first time that VW or Toyota had ever surpassed 10 million vehicles over the stretch of a calendar.