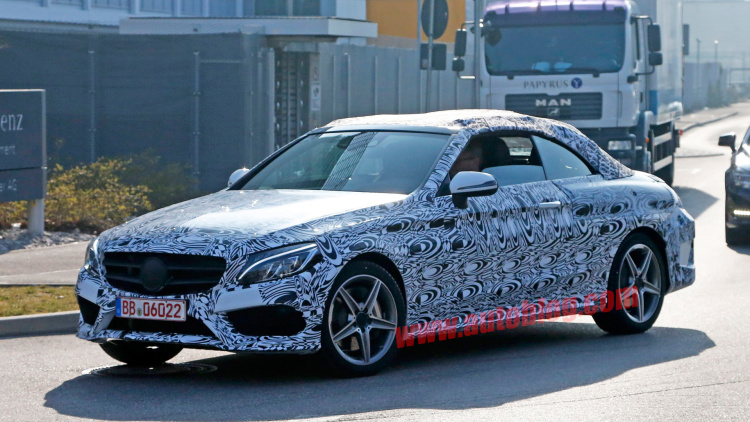 Following up on last month’s sighting of the Mercedes-Benz C-Class Coupe, we’ve got a pretty sizable update on the C-Class Cabriolet, after a prototype of the new droptop was spotted undergoing testing in Germany.

A quick comparison with last year’s spy photos shows that Mercedes has made a lot of progress, moving on to full-blown production prototypes with a minimal amount of camouflage. Really, though, we already knew what the C-Class Cab would look like – identical to a C-Class sedan below the beltline, although the tail will likely be a bit more sporting – these spy photos merely confirm that.

Expect to see the production C-Class Cabriolet debut at (or more likely shortly before) the 2015 Frankfurt Motor Show, where it will appear alongside the next-generation C-Class Coupe. Check out the spy photos up top.