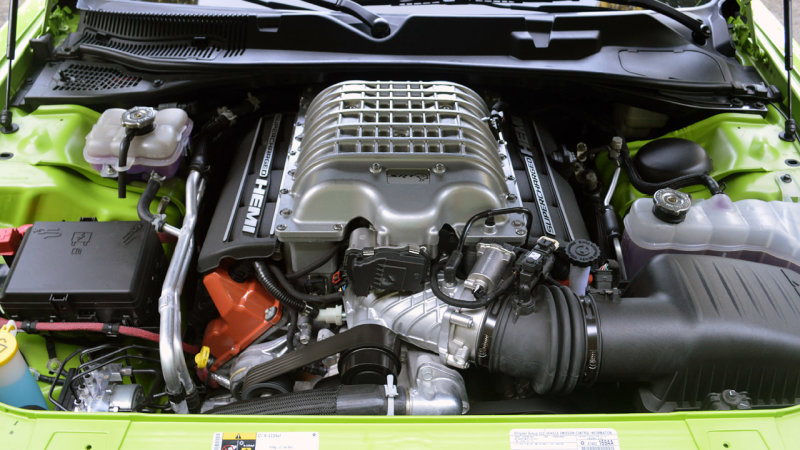 On Saturday, the United States of America will celebrate its 239th birthday. That means fireworks, barbecues, block parties, and, oh yeah, Hellcat engines and low fuel prices. The most American of (Mexican-built) powerplants, the big, loud, supercharged, 707-horsepower Hemi is slated for yet another production boost to match up with some serious demand, while the dino juice it runs on is cheaper than it’s been in over half a decade.

The Saltillo, Mexico engine factory already produces some 4,000 Hellcat engines each year – that’s in addition to the Tigershark four-cylinder, the 5.7-liter Hemi, and 6.4-liter SRT Hemi V8s – and it’s not entirely clear how many more might get added to that total. What we do know, though, is that Fiat Chrysler can’t build the engines fast enough.

“We’re going to build more [Hellcats] for 2016,” SRT boss Tim Kuniskis told Automotive News. “It’s a small sliver of what we sell, but it really creates a halo for the rest of the lineup. For example, the next highest car, the Scat Pack Challenger, I have essentially a zero-day supply. It’s sold out.”

This bit of good news comes on the back of something equally good – low summer gas prices. According to the US Energy Information Administration, the nationwide average for for “all formulations” of fuel in June sits at $2.885. Ignoring the remarkably low prices we saw in January and February of this year – figures that themselves hadn’t been seen since May of 2009 – the national average hasn’t sat that low since October 2010.

Next post The Cars that Offer Luxury on a Budget