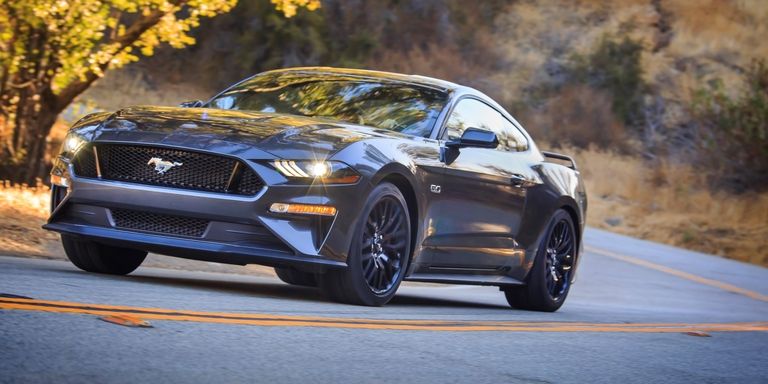 Can’t wait until 2019 for the new 700-plus-hp Shelby GT500? Ohio dealer Lebanon Ford, which has become somewhat internet-famous for its cheap, powerful Mustangs, is offering 700-hp Roush-supercharged 2018 Mustang GTs for $43,0o0. That’s basically Hellcat-level power for less than the price of a new GT350.

This package is a successor of sorts to the one that first got Lebanon Ford attention back in 2016, a 727-hp Supercharged Mustang for just $40,000. The blower is a new unit from Roush designed to work specifically with the 2018 Mustang GT’s new direct-injection system. It displaces 2.65-liters (up from 2.3-liters in 2017) and helps make the 2018 GT’s V8 make 700 hp and 610 lb-ft of torque. Lebanon Ford says that with this kit, a Mustang GT just needs “a set of tires, a few suspension tweaks, and a good driver” to set a 10-second quarter mile.

Since Roush developed this new supercharger in tandem with Ford Performance, it doesn’t void any warranties when it’s installed by a Ford dealer. Plus, the supercharger comes with its own three-year, 36,000-mile warranty from Roush.

The price of $43,000 includes a base, manual-transmission Mustang GT, but you can order your car however you like—even with an automatic, if you’re chasing tenths at the drag strip. If you’re thinking about ordering this package from Lebanon Ford, spec out whatever Mustang GT you like on Ford’s configurator, and add $9995 to get an idea of how much it’ll cost in total (that’s the price of the kit).

Lebanon Ford isn’t doing anything particularly clever here, other than smart marketing. It’s essentially offering a Mustang GT and a Roush supercharger kit installed at cost—if your local Ford dealer installed Roush supercharger kits too, it could probably do the same thing for around the same price. But, that shouldn’t take away what a deal this is. Seven-hundred horsepower for $43,000 is absurd, especially in a new car with a factory warranty.